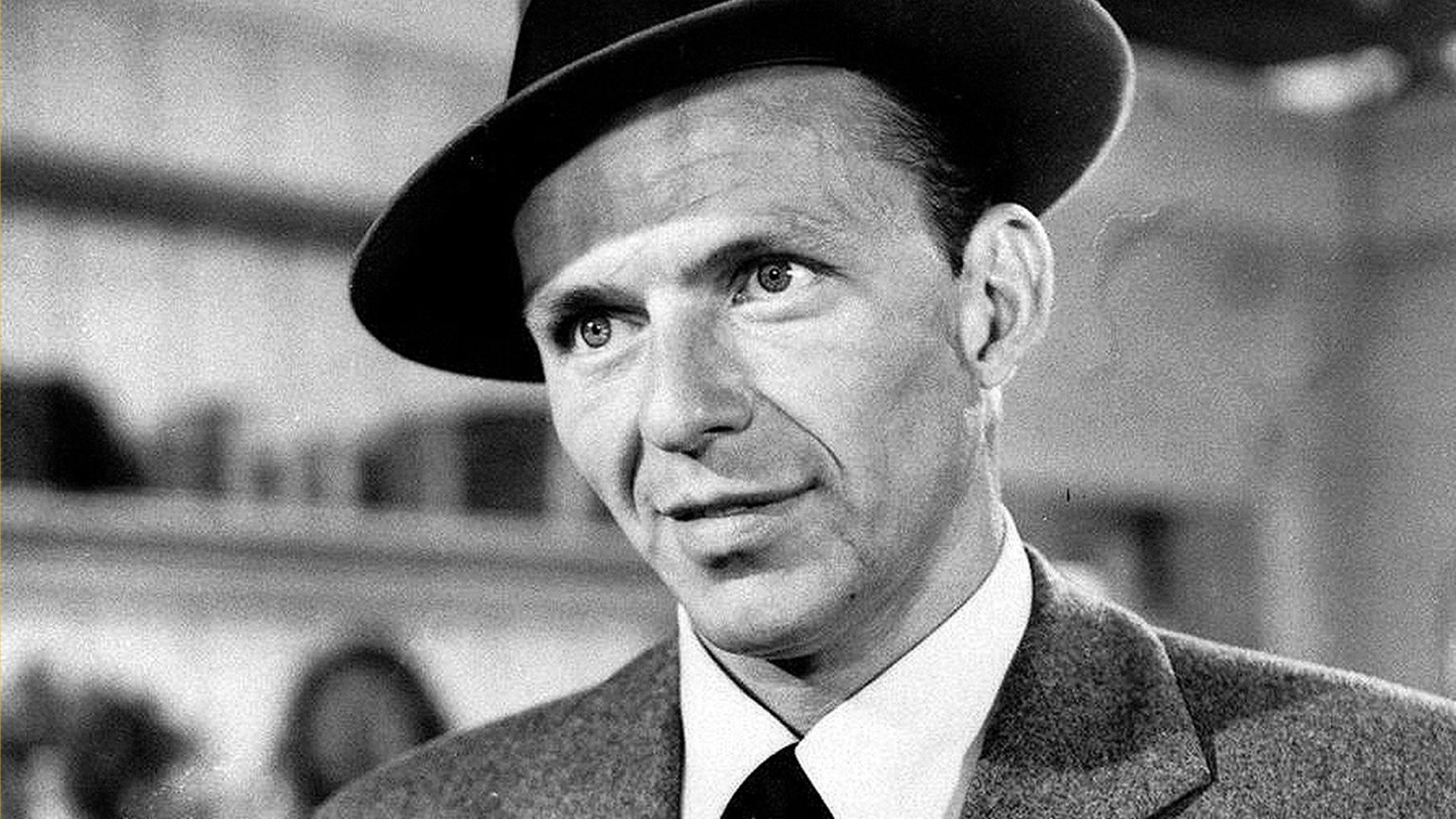 When Frank Sinatra’s performance in From Here to Eternity earned him an Oscar for Best Supporting Actor, he found himself in the plum position of being able to choose his own projects. His plan was to alternate between glitzy musicals and dramatic pieces, just as he would switch up in the recording studio between albums of ballads and collections of upbeat tunes. When a scheduled production with Marilyn Monroe collapsed, he reached for a potboiler about a crazed gunman out to assassinate the president. Sinatra wanted to play the killer. When asked why he’d chosen such a “heavy” role, Sinatra told UP columnist Aline Mosby “there’s no reason a singer can’t be dramatic. A singer is essentially a performer.”

Suddenly (1954) is loosely in the noir tradition, using the claustrophobic atmosphere of a house in a small California town, where a contract killer named Johnny Baron holds a family hostage so he can fire from their front window. The sightline lines up perfectly with a nearby railroad station where the president of the United States will arrive that afternoon. Baron isn’t onscreen for more than a few minutes when he shoots and kills a Secret Service man. That this mayhem takes place in a setting that might have been Grover’s Corners gives the movie its distinct tone. Sinatra, with a wide brimmed hat and sadistic grin, seems like a distant cousin of Tommy Udo from Kiss of Death slithering into a Norman Rockwell painting.

Johnny Baron was already a familiar type in films. He’s an unhinged ex-soldier, one who brags constantly about the Silver Star he won for killing 27 Germans. “I did a lot of choppin’ over there,” he says dreamily. Though WW2 was already nine years in the past, Hollywood was still working the disenfranchised veteran’s angle (a recognizable staple of noir). Baron found his calling in the military. “Before the war I drifted and ran,” Baron says. “I was always lost in a great big crowd. I hated that crowd!” As a soldier, Baron learned how to kill. Now, after struggling to find his place in civilian life,  he kills for money. An unnamed source has offered him a half-million dollars to kill the president. Baron says more than once that he has no political affiliations; killing is just a job.

The people taken hostage include Ellen Benson (Nancy Gates), a young widow whose husband was killed in the Korean war; her son Pidge (Kim Charney); elderly ‘Pop’ Benson (James Gleason); a TV repairman who happened to visit the house (James O’Hara); and the town’s sheriff, Tod Shaw (Sterling Hayden). During Baron’s takeover of the house, Shaw takes a bullet in the arm. Baron abuses the injured limb throughout the movie, kicking it at one point, and then grinning maniacally as he sets the broken bone.

Shaw plans to get Baron talking about himself (“That’s his weakness!”) and distract him into making a mistake. Shaw was in the war, too. He knows Baron’s type: egomaniacal, sometimes careless. He cajoles Baron, until Baron almost admits he was drummed out of the army for being mentally unfit. Meanwhile, Baron’s henchmen mount an automatic rifle at the window, letting it sit like a silent executioner.

Sinatra is occasionally charming in the movie, but he appears to deliberately make himself ugly. In a rare move, he allows director Lewis Allen and cinematographer Charles G. Clarke to shoot him in close-up from the left side. Sinatra, and most directors, usually kept his left side in the dark because of scars left over from childhood operations. Sinatra also seems impossibly tiny, especially next to the strapping Hayden. His Johnny Baron is a mean little troll.

Sinatra wasn’t a great actor, but he was a very good one. Consider this: There were times during the1950s when he and Marlon Brando, the top actor of the time, would be up for the same roles. (Sinatra was considered for the lead in On The Waterfront, Brando for The Man With The Golden Arm.) The role of Johnny Baron had originally been offered to Montgomery Clift, another heavyweight. It’s hard to imagine another singer turned actor, Elvis Presley for instance, or Bing Crosby, in the company of Brando and Clift. Suddenly also recalls, at least superficially, a couple of Humphrey Bogart films – The Petrified Forest and The Desperate Hours – and one can almost see Bogart as Baron. “Tonight at five o’clock I kill the president,” Baron says. “One second after five, there’s a new president. What changes? Nothing.” Bogart might say it with a weary laugh. Brando with a shrug. Sinatra, 38 at the time of Suddenly but still the scrappy kid from Hoboken, sneers.

Yet, he never quite descends into full-blown madness. He seems less like a psycho-killer than an embittered criminal with a giant chip on his shoulder. It’s only when he’s near his rifle, reveling in its power to end life, that Baron seems crazed. The scene where his plan falls apart  is spellbinding, but rather than reveal the depth of his psychosis, he sinks into despair, as if to say, You mean I don’t get to kill the president?

The story, originally called ‘Active Duty’ and appearing in Blue Book magazine, was by Richard Sale, a writer who started in the pulps and worked his way into directing movies. Produced independently by Robert Bassler – known for such features as The Snake Pit (1948) Hangover Square (1945) and The Lodger (1944) – Suddenly was well-received by critics, but wasn’t a big success with ticket buyers. The most likely reason is that customers may have not wanted to see Sinatra playing a villain. Perhaps the American audience, after a decade, was tired of characters like Baron.

Suddenly isn’t a particularly strong example of noir – the characters are not as complex as they are in the best noir films, and many of the early scenes feel dated (and probably felt dated in 1954) – but once Sinatra arrives the movie never stops to take a breath. There are some other good performances: Sterling Hayden is excellent as a small town sheriff who knows there’s more to the world than apple pie and baseball, and uses all of his manly bravado to keep pace with Sinatra, while James O’Hara is a scene stealer as Jud, the flustered repairman who can’t believe a genuine assassin has come to his little town. The television itself becomes a character – a big, honking piece of modern technology that never quite works, in the middle of a settlement once known for cowboys and gamblers.

Shot in just a few weeks in Newhall, CA, a dusty railroad town 40 miles north of Los Angeles, Suddenly is a tightly coiled thriller, at times explosive. It can also seem like a right-wing fairy tale. There are arguments throughout the movie about the use of violence.  Ellen, a card-carrying pacifist, is angry when Shaw buys her son a toy gun. Later, after both Ellen and Shaw have used a real gun to dispatch Baron, they kiss warmly. Shedding blood helps Ellen to see the light; she’ll now share her life with the manly sheriff.

There’s plenty of folklore around Suddenly, including the myth that Sinatra had it pulled from circulation after President Kennedy was assassinated. In reality, the movie was never locked away in a vault or banned – it played fairly often on television during the 1960s –  though some may confuse Suddenly with The Manchurian Candidate, another Sinatra movie with an assassination story. Sinatra purchased the rights to The Manchurian Candidate and kept it from being seen for more than 20 years. Depending on who tells the story, it was either because of Sinatra’s sorrow over Kennedy’s murder, or because of a money dispute with United Artists. The latter is more likely.

The one true thing about Suddenly is that Sinatra never again played such a heel. How strange it must’ve been for a man who spent many years playing a tough guy on and off the screen to whimper at the movie’s end and plead for his life. Once this obnoxious character was out of his system, there was no need to return. 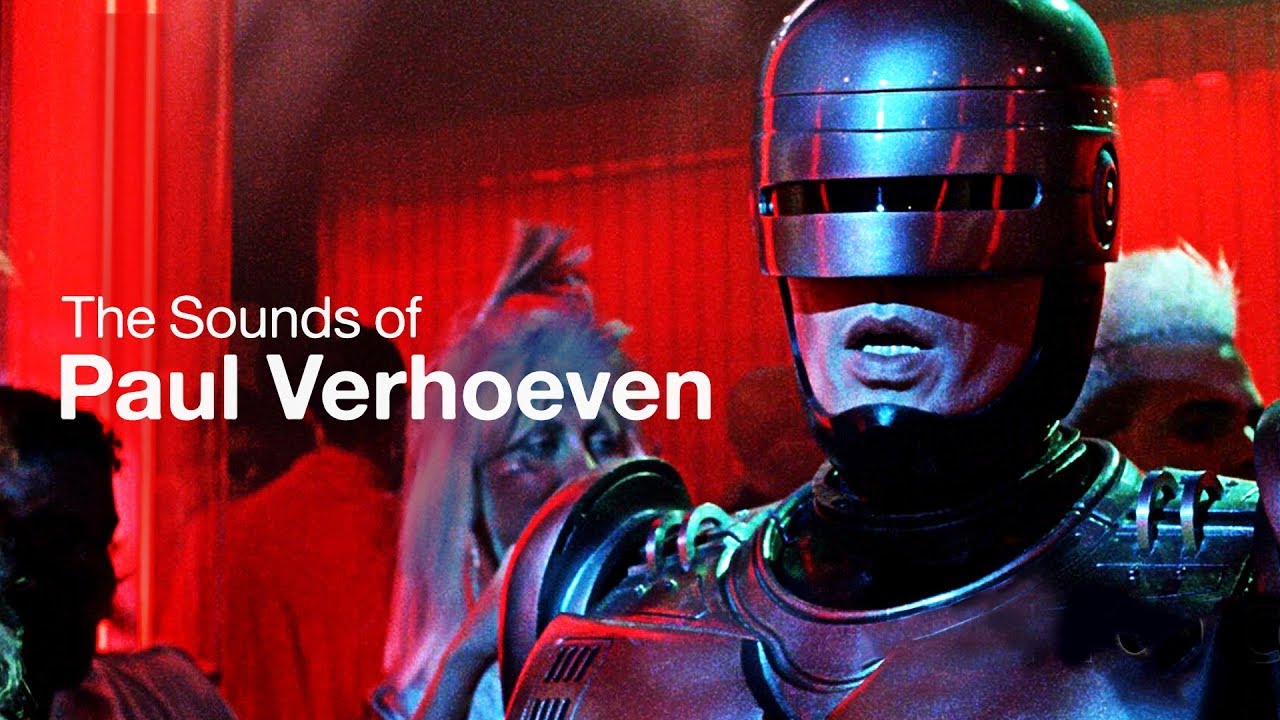