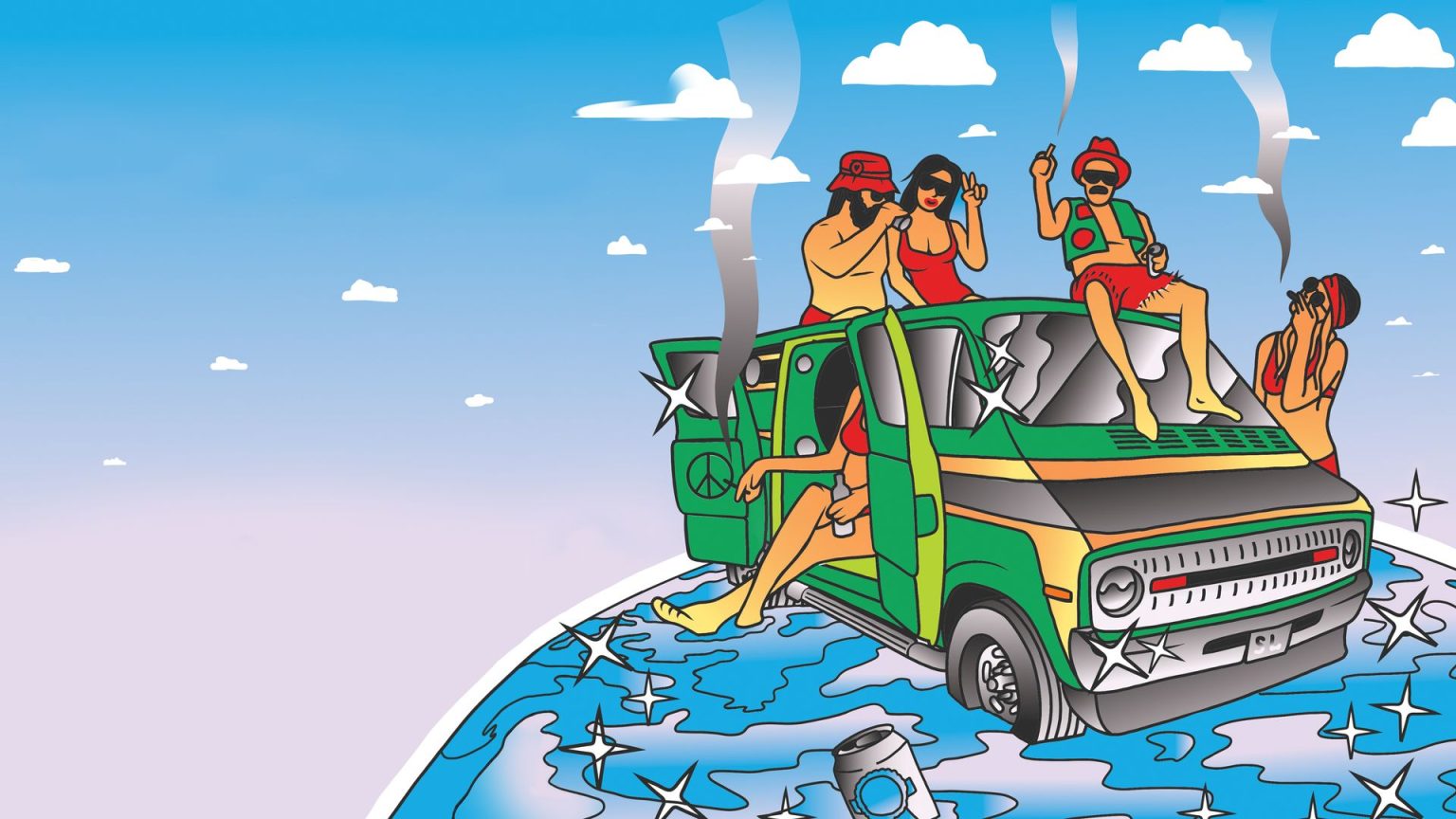 Sleeze Lake: Vanlife at its Lowest and Best

Sleeze Lake is a nostalgic look back at the days when everybody owned a van.

Lots of talk and playful visuals describe the people and the era that many think of as a brief Valhalla for van owners and their weekend getaways. The movie has the feel of an elderly uncle telling you about the good old days. He knows you had to be there to really dig it, but he talks anyway.

Everything about Sleeze Lake has the feel of a dirty garage, or a dusty photo album found in an attic, with the main players giggling at the silliness of it all. They also get misty-eyed at the fact that those days are gone.

The giggling comes from the antics that took place. We hear over and over about the “crazy times,” but we learn nothing specifically, as if the less we know the better. One guy wonders if he shouldn’t talk so much about the “dope smoking” that went on. What we gather is that these weekend van rallies entailed a lot of drugs, nudity, and vomiting. “We don’t leave ‘till we heave,” says one of the geezers with pride.

Some of the rallies grew into major events, including the weekend of the movie’s title, the so-called Sleeze Lake event that drew more than 20,000 people to a campground in Monticello, Indiana. We’re told there were no fights the entire weekend, but perhaps the van owners were too tired to fight  after all of the drugs and vomiting.

Indeed, the van folks were rowdy without being larcenous, and one of the few women interviewed says she felt safer at a weekend van gathering than during her weekdays where she worked in an office full of salesmen.  There are allusions to a live sex act that took place on top of a van (or under a van, I’m not sure). And there were contests where both men and women flashed body parts for some kind of prize. One woman recalls winning a vibrator. She wasn’t sure what it was. (The filmmakers missed a great opportunity by not asking, “What did you think it was?”) One of the other women says she wouldn’t want her daughter to be at one of those van weekends, but as for herself, she wishes that her own wild youth had been even wilder.

Much of the cocky charm of Sleeze Lake comes from the sheer defiance of the characters, even as they reach their seventies. “I do whatever the fuck I want to do,” says one of the fellows, but not as a sign of bravado. It is more like the sound of a guy who came back from Viet Nam with little to brag about, except the notion that he has seen the worst of life and there’s nothing left to do but party.

The filmmakers go for a bittersweet tone in the final moments, as some of the senior members of a van club gather for a group photo. One of them has been a member for forty-five years. His humble goal is to make fifty. Another comments that the paint on his van has mysteriously disappeared, as if it evaporated overnight. He hopes nothing toxic is happening. If the film has a message, it might be that toxic behavior is only toxic if it kills you. Otherwise, load up the van and let’s get rolling…