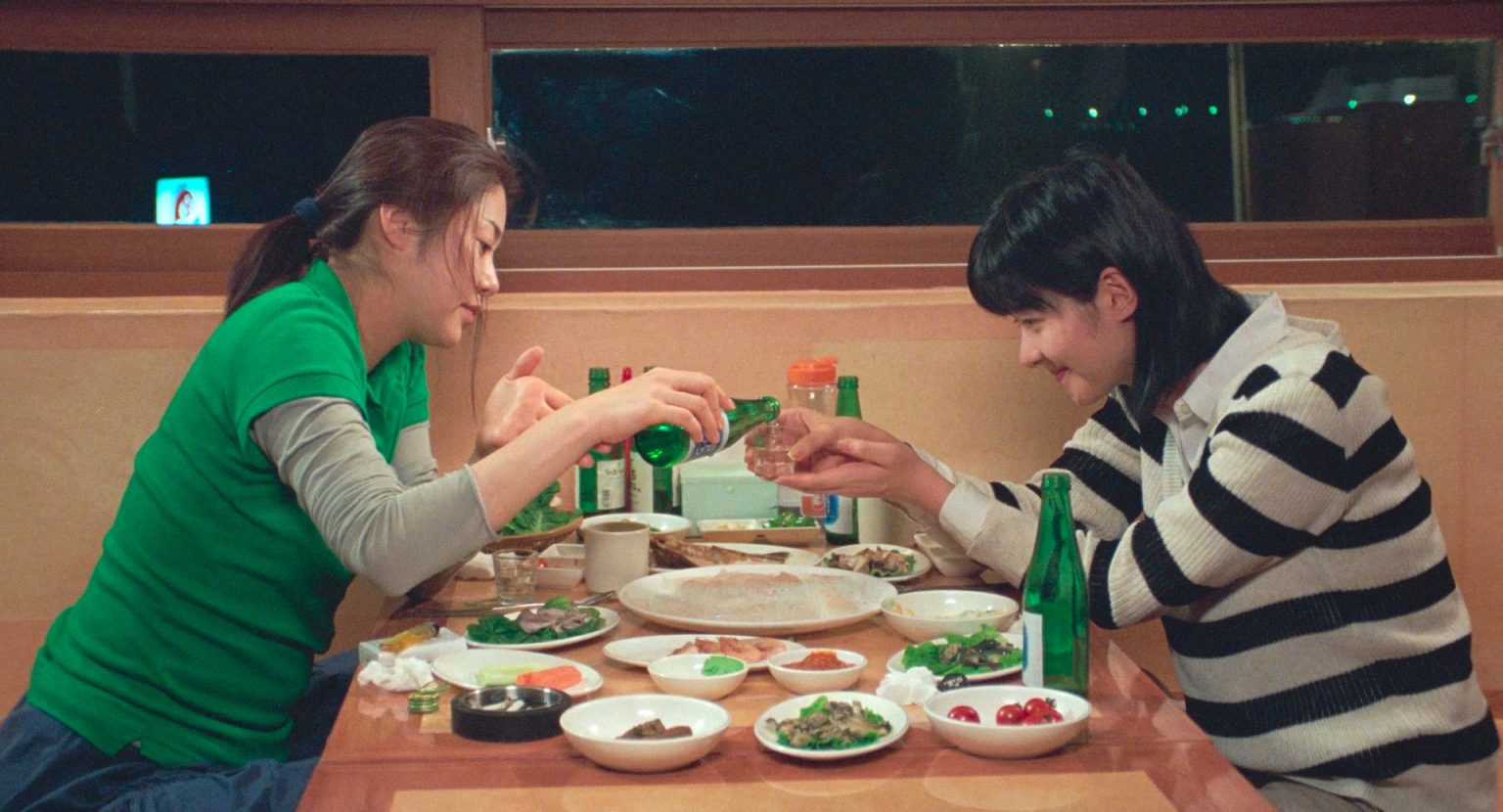 South Korean filmmaker Hong Sangsoo has made 28 narrative features since 1996—at least by IMDb’s count—knocking out as many as three in bumper-crop years (2009, ’13, ’17, and this year? He’s two down with three-and-a-half months left to go). Prolific, even if he hasn’t sustained quite a Fassbinderian tempo, Director Hong can easily claim to be one of the busiest auteurs of the 21st century. His films traffic most often in romantic inconsistencies and the foibles of smart, selfish and very talkative people, tuning into and amplifying the strange currencies of maybe not-so-random moments, with ample space within their typically compact design for the kind of philosophical tangents only Richard Linklater, among American directors, indulges with such vigor. It’s a body of work sufficient for Film at Lincoln Center to have devoted to it a retrospective this past spring called “The Hong Sangsoo Multiverse.”

I wouldn’t really know how multiversal, though. Until a few hours ago, I had never watched a Hong film from start to finish. A weird blind spot, I know. Some of them run barely an hour, and they aren’t hard to find. For a guy who cheerfully watched Satantango with a brutal hangover on Christmas Week pre-pandemic, the rough runtime equivalent of six or seven Hongs, it should be a breeze. Somehow, it’s never happened.

Hong’s Woman on the Beach (2006) is a Curator’s Pick on Fandor this month, which finally provided too much of an occasion to lazily avoid the filmmaker any longer. His features, with their reputation for meandering, discursive encounters vs. more emphatic plot elements, are right up the alley for someone, like myself, who considers “narrative arc” a cage, even though this film (and I’d assume others in Hong’s oeuvre) travels in a lovely little circle outlined in his idiosyncratic logic.

Don’t take away my MoMA Film privileges for saying this, but Hong’s seventh film reminds me of nothing so much as a quasi-intellectual cinephile’s answer to the HBO reality series “F-Boy Island.” If you are—perhaps blissfully—unfamiliar, the show is a beyond idiotic mockery of already ridiculous match-up marathons like “The Bachelor,” but in this variation a trio of young women contestants (models, Instagram “influencers”) must decode the gibberish spouted by a small army of hunky bros and decide if their intentions are honorably romantic or if they are simply out to bed them (thus, an “F Boy,” not to be trusted).

It’s obviously an insane comparison, likening junk television to the work of a great auteur, but we’re just talking a rough outline. There’s the same sand-and-surf terrain, even if the accommodations—beachfront hotels in the western Korean coastal town of Shinduri—aren’t so splendid. The inconstant lover here is the male lead, Kim (Kim Seungwoo), a filmmaker whose writer’s block has led him to a brief getaway with his friend Changwook (Kim Taewoo) who brings along Moonsook (Ko Hyunjoung), an attractive young singer-composer he calls his girlfriend, although she begs to differ. As the three converse on the beach, she pointedly disabuses the lovestruck Changwoo of the notion. Soon, Kim is making a move, brazenly cucking his buddy—whose vocal dismay holds no sway over the circumstances. Once he beds Moonsook, though, Kim withdraws emotionally, they all head back to the city and that’s that. A couple of days later, Kim goes back to the shore where he picks up and seduces a second woman, Sunhee (Song Sunmi), peeling her away from her friend, allegedly because she vaguely bears a physical resemblance to Moonsook. He doesn’t get to miss his former fling for long; as soon as he succeeds in bedding Sunhee, a besotted Moonsook shows up at his hotel room, collapsing at the door. The women ultimately befriend each other, leaving their erstwhile lover to his screenwriting, which is suddenly going gangbusters.

Kim appears to be using these encounters as rocket fuel for his next movie, which could be the one he’s living in, the story of a self-centered yet charming (and/or vampiric?) artist who draws women into his orbit with seeming ease, yet a movie that also has room for the women to spill the tea on him as well. In and around all of this, the rom-com resonances that would connect with, say, a mainstream American audience, are disrupted by uniquely oddball stuff: an adorable white dog named Dori that becomes a grace note; an angry motorcyclist who tries to mow down Kim and Sunghee on the beach; her recurrent fascination with preparing him a hot soup “with bean sprouts”; so many bottles of soju (a Hong trope); a scene with Sunghee in which Kim explains his thinking about images by sketching parallel diagrams, fitting for a movie about interconnected love triangles. All that, and dozens of subtler gestures and instants, feel effortlessly like real life even in their most obvious contrivance.

Sheesh, what took me so long? Bring on the soju—and a boxed set—I say!