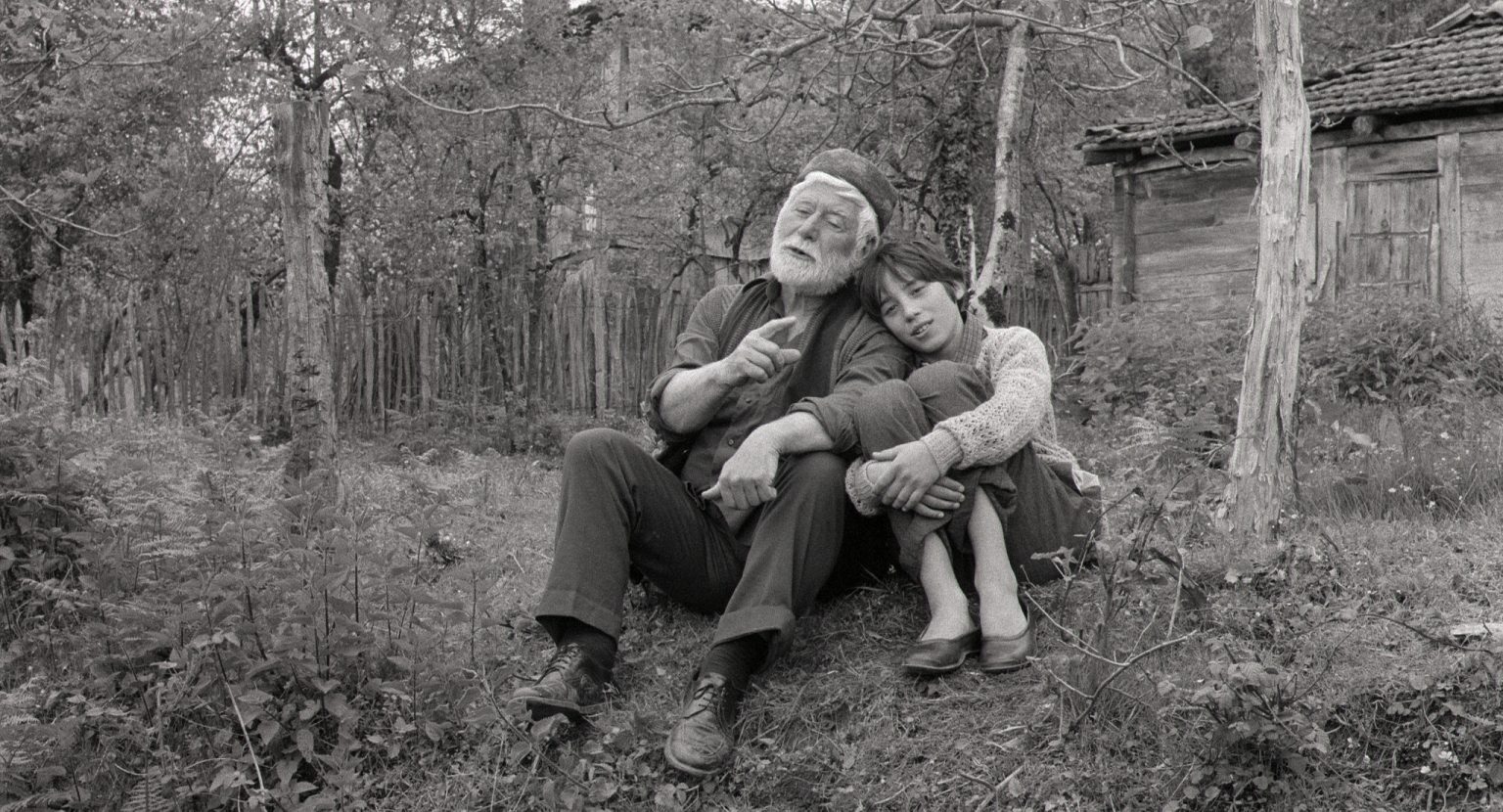 When the Ukrainian team of the international film trilogy My Childhood began to work on the project, the authors could not even imagine that the theme about children of war would be so relevant for Ukraine.

The My Childhood project joined three short films “Blood,” “Peasant’s Angel,” and “My University,” directed by Iryna Pravylo, which are based on stories by writers from Ukraine (Stepan Vasylchenko), Georgia (Nodar Dumbadze) and Italy (Nino Palumbo).

The main characters of the films are 6, 11, and 15 years old boys. Because of the difficult life circumstances, all three of them continue further life without a father or as complete orphans. The events take place in a postwar period. We are witnessing how the main characters begin to develop themselves, their calling and destination, realize all the complexity of the world and the importance of a complete family. 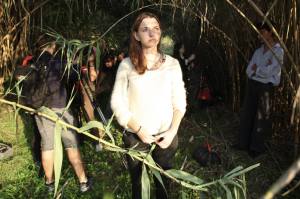 The creative life of cinematographers in Ukraine has always been associated with struggle. At the beginning of the 20th century, with the explosion of technical progress and the emergence of cinema, the Ukrainian film industry developed rapidly, too. Film adaptations and author’s films were created.

Soon, the world have found out about Kaufman brothers (Dziga Vertov Group) and their revolutionary approach in films like A Man With A Movie Camera (1929) and the well known film Earth (1930), by Ukrainian film director Oleksandr Dovzhenko. Both entered the lists of the greatest films ever made.

When Ukrainian national cinema was just beginning to mature, it was constantly persecuted and uprooted by a constant repression of the Soviet government.

For a long time, it was very difficult to do national films even in independent Ukraine.

The dominance of Russian narratives maintained the supremacy in the cultural sphere of Ukraine.

My Childhood project’s film production coincided with the struggle for the identification of Ukrainians, which actively began in 2013-2014. 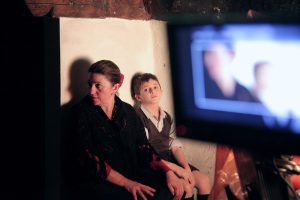 At that time, it was not possible to attract funding from state institutions.

The My Childhood project united the professionals by the call of their hearts. All creative teams were involved and motivated by the idea to create films on such an important theme of being Ukrainian.

The My Childhood project came to life with the support of the Institute of Screen Arts of Kyiv National I. K. Karpenko-Kary Theatre, Cinema and Television University, with the support of the Ambassador of Georgia to Ukraine, Grigol Katamadze, at the expense of the project team’s personal funds and thanks to crowdfunding. As part of the project, two crowdfunding campaigns took place on the Ukrainian platform ‘Big Idea’ and the global crowdfunding platform Kickstarter. They were both successful. Representatives of the Ukrainian diaspora, who organized special screenings of parts of My Childhood project, sent donations to support the production of the film trilogy.

Two films, Blood and My University, were shot in black and white and color film “Kodak.”

Georgian part of the trilogy, film Blood became one of the first international projects initiated by the Ukrainian side since 1991, when Ukraine became the independent state. The aesthetics of the film was chosen for the effect of timelessness, which was preserved in subsequent parts of the project.

The film Peasant’s Angel is a combination of a feature film and animation, which was exclusively  developed using the material from West of Ukraine (naive fine art, icons). The development lasted for about six months, until the “exact” characters of this story appeared in the pictures. The key element of the film — the icon of the Peasant’s Angel — was created by the project production designer and a priest, Serhiy Vutyanov.

After finishing Ukrainian and Georgian stories, for a long time the team has been deciding which part of the project will be the final one. In the preface to one of the books on Italian literature, the team came across a mention of a book Children of Italy. Film director Iryna began to search for the book in all libraries of Ukraine, but couldn’t find it. One day, the idea occurred to search the archives of the Parliamentary Library. And it was there. The book was found in a single copy.

“As soon as I read the book, it became clear that the third story of the trilogy will be ‘La mia universita’, written by Nino Palumbo”, – Iryna said in one of the interviews.

The leading roles of all three films are performed by the inhabitants of the villages, where the movies have been filmed. The main role in the film Blood was played by a cousin of the writer Nodar Dumbadze, who was stumbled upon by the film crew on their way to the writer family’s home during the first expedition to Georgia. The Ukrainian part of the trilogy, film Peasant’s Angel tells the story that takes place in the Chernihiv region, North of Ukraine. But during the script period the team decided  to relocate the events to the West of Ukraine, to the village of Nyzhniy Bereziv, where Christmas traditions were preserved. A 6-year-old boy, Anatoliy Sulyatytsky, played the leading role, according to the results of the casting. His real mother played the role of his mother. During filming in Tuscany, Italy, the film crew has approved one actor for the leading role, a 15-year-old Giovanni, but at the last moment director Iryna Pravylo felt that re-casting should take place. In the last moment — one day before the start of filming, the group met Yuri Fioretto, in the town square of Tavarnelle. He was not ashamed to play one of the scenes and was immediately approved for the leading role. 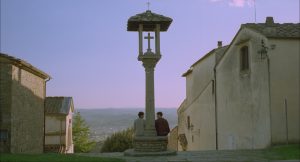 The team started to organize screenings while making 2nd and 3rd films from the trilogy and presented them as soon as they were finished. After the national and international premieres, which took place in 2017-2018, the screenings of My Childhood took place in various film platforms in Ukraine, Europe, and the world.

In addition to the festival and cinema audience, the team made great efforts to show trilogy to more than 10,000 children and students in schools, universities, at festivals, in thestreets and in museums. Some screenings were truly special.

In 2018 My Childhood project presentation took place in the building of the Chernihiv Regional Youth Center (former Cinema), where the audience was young Military Academy lyceum students.

There was one more symbolic screening— in Mariupol city. A very special audience, mostly fathers with their sons, have visited this event.

On February 27, 2022, the Cinema in Chernihiv, which was a monument of architecture, was destroyed by a direct hit from a Russian Iskander missile.

The city of Mariupol, destroyed by the Russian occupiers by 90 percent as on April 2022, has become a symbol of the Ukrainian army’s resistance to the evil.

And unfortunately, the topic about children of war is relevant for Ukraine again.

With the start of a full-scale Russian invasion on Ukrainian territory in February 2022, the team opened free access to the films of the trilogy My Childhood on the production website: https://www.righttimestudios.com/my-childhood-subtitles.

So now anyone can watch the films of this unique project and make a donation that will be aimed to humanitarian and military support for the people of Ukraine.