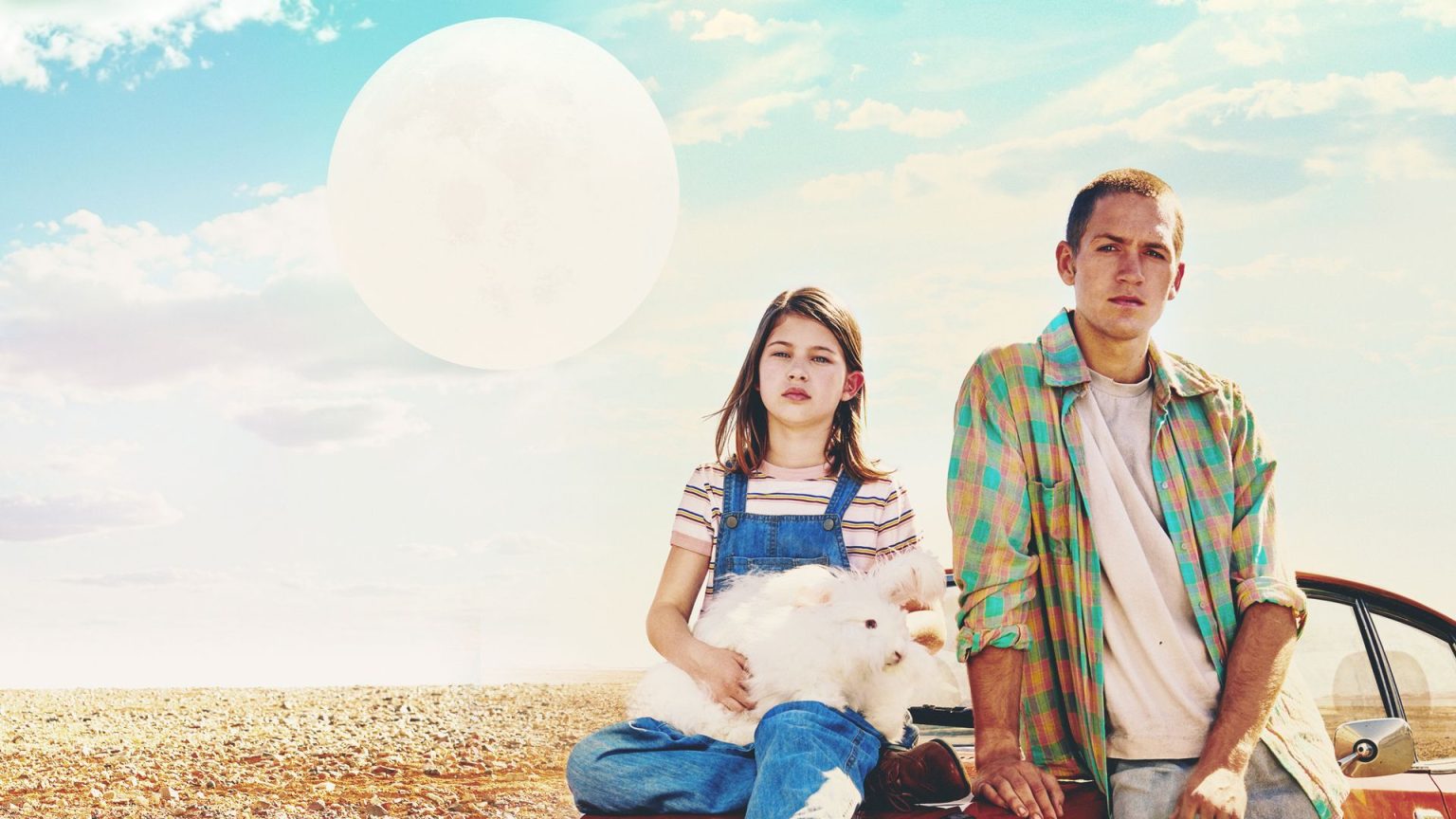 From writer-director Kurt Martin, Moon Rock for Monday is a fresh mix of the road, coming of age, and criminals on the run genres. Martin subverts their common tropes in this touching story of two lost souls who meet at random and discover they have a lot in common despite their surface differences.

The nine-year-old Monday is not another irksomely precocious child as seen in other films of this type. With her pouty lips and pensive gaze, Ashlyn Louden-Gamble has a measured maturity that allows her to subtly convey the well of sadness that lies beneath Monday’s sunny disposition. Louden-Gamble gracefully combines the carefree spirit of youth with Monday’s tragic understanding that a medical condition will take her life before she turns sixteen.

While chasing her pet rabbit on the train, Monday crosses paths with a hapless teenage criminal named Tyler (George Pullar), who accidentally killed a cop while stealing a ring that reminds him of his late mother’s. Pullar communicates the boy’s turbulent inner emotions with a quiet intensity.

Tyler and Monday flee to the Northern Territory, the kind of adventure Monday has been longing for while under the thumb of her overprotective father (Aaron Jeffery). They meet several oddball characters during their journey, such as Jessica Napier as a sympathetic nurse and Nicholas Hope as a whimsical ‘astronaut.’ Along the way, Monday hopes to see the Moon Rock (also known as Uluru), so that its purported healing powers can restore her health.

Pullar and Louden-Gamble’s loose and effervescent performances carry the film. Their chemistry is palpable as they develop a fraternal bond. Both characters are in a race against time: Monday tries to avoid her waning mortality and Tyler must be quick enough to escape the law and preserve his freedom.

Death looms over these children as Tyler grieves for the loss of his mother, hinted at in hazy flashbacks, and Monday faces her illness. These heavy themes add some gravitas to what are typically more light-hearted genres, and Moon Rock for Monday has its own special bittersweetness.