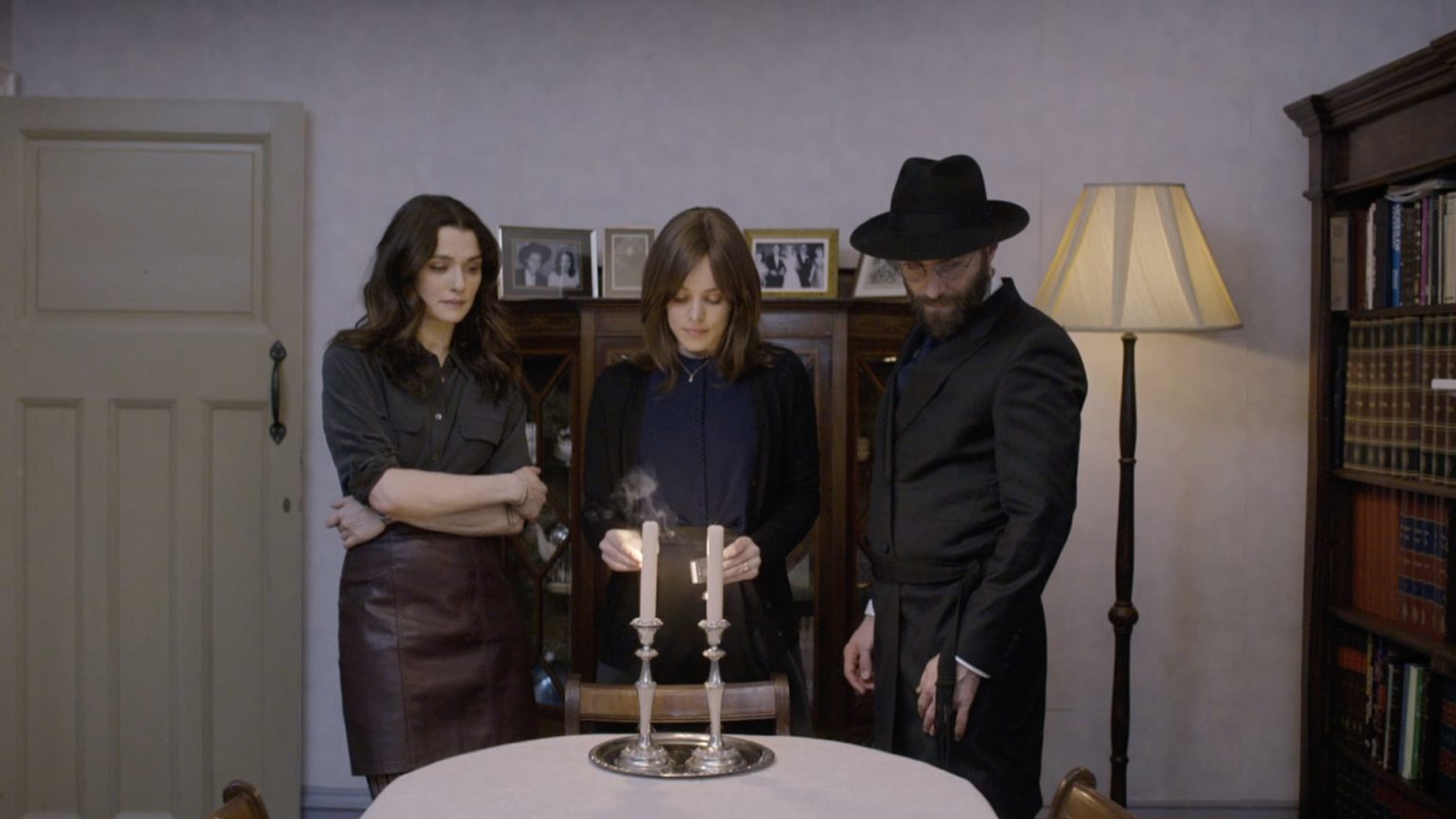 There are few contexts where the storyline of Sebastián Lelio’s Disobedience, a lesbian love story adapted from Naomi Alderman’s 2006 novel about an Orthodox Jewish couple, would seem genuinely transgressive. But in the world of London’s closed Orthodox Jewish community, two women falling in love with each other carries a frisson.

Although Gloria was the fourth film by the Chilean-born director, it was the first one to make a splash in North America and gain him entry to the world outside his native country—Indeed, his next film will be its U.S. remake, starring Julianne Moore, now in post-production. Lelio possesses a unique trait amongst his peers: He’s a director interested in making movies about people unlike him. Judging from Gloria, A Fantastic Woman, and Disobedience, and like his predecessors and peers, Max Ophüls, Douglas Sirk, and Pedro Almodóvar he seems most interested in making movies about women. But the women he depicts are not always cisgender or heterosexual.

In my opinion, Lelio’s weakest film was A Fantastic Woman, which got too much credit for simply casting Daniela Vega, a transgender actress, to play a character who shares her identity. While Vega gives a fine performance and Matthew Herbert’s score shines (the composer also worked on Disobedience), the film is bogged down in a “Transgender 101” sensibility that feels the need to repeatedly humiliate its heroine, seemingly for the didactic purpose of teaching an audience that may be ignorant to how hard life is for trans women. It achieves transcendence when it allows Vega to dance and sing. Its high points suggest Lelio should have made a musical instead.

Disobedience takes Lelio to the UK, where Danny Cohen’s cinematography emphasizes the grey skies of London. While it never rains in the film, it always looks as if the skies are about to open up and pour. This is intended to represent its characters’ oft-melancholy mood, particularly in the film’s first half-hour. After all, its narrative is set in motion by death and subsequent funeral. Rabbi Rav Krushka (Anton Lesser) has a heart attack and passes away mid-sermon. His daughter Ronit (Rachel Weisz), now a photographer based in New York and distanced from the community where she grew up, returns home. She is not greeted with open arms.

Rabbi Dovid Kuperman (Alessandro Nivola) lets her stay with him and his wife Esti (Rachel McAdams). Esti, now a schoolteacher, used to be Ronit’s best friend. Ronit discovers that she has been disowned and betrayed by her late father; seeking comfort, she kisses Esti and the two women fall into a romantic relationship.

Disobedience is not a work of swooning romanticism, although it keeps returning to the image of Esti and Ronit kissing. The film’s muted look sets the stage for its emotional palette. It speaks about passion with a sense of distance. Disobedience’s third act does break that detachment to move in closer on Esti and Ronit, but only to show their difficulties living out their relationship. It also treats Dovid fairly respectfully, instead of demonizing him as an obstacle to Esti and Ronit’s romance.

The idea for the project originated with Weisz, who is one of its producers. The choice of actors, as well as Lelio as director, raises the question about who gets to tell stories about minority communities: McAdams is Canadian, Nivola American, and neither is Jewish. Even to Jewish-American audiences, the London-based Jewish Orthodox community depicted in this film could feel fairly distant. Commenting that sexism and homophobia are parts of an Orthodox religious community is not a big surprise; however, Lelio also manages to evoke a sense of warmth from the community that helps explain why a lesbian would wind up marrying a man there, beyond the fact that she must. The film is more successful than Joshua Z. Weinstein’s Menashe (shot in Yiddish and made with non-professional Jewish Orthodox actors) at making the world of Haredi Judaism un-exotic and relatable.

The high points of Disobedience show how empathy can work in filmmaking. This is the exact opposite of the bright colors and Latin pop music of A Fantastic Woman. Here, Herbert’s score blends brooding classical and ambient tones. At almost two hours, the pace is slow and deliberate, and although there’s on-screen sex and brief nudity, Lelio seems conscious of avoiding sensationalism, unlike Abdellatif Kechiche with Blue Is the Warmest Color. Disobedience deals with emotional repression and situations with no easy resolution, which leads to a narrative too heavily steeped in its own interest of exploring taboo. Disobedience nearly breaks out of the grey into Douglas Sirk territory, but in the end, doesn’t quite manage to do so.

Want more recent reviews from Fandor? Check out what we thought about I Feel Pretty, Godard Mon Amour, and You Were Never Really Here. And be sure to check out the list of our favorite LGBTQ movies that played at the Tribeca Film Festival.