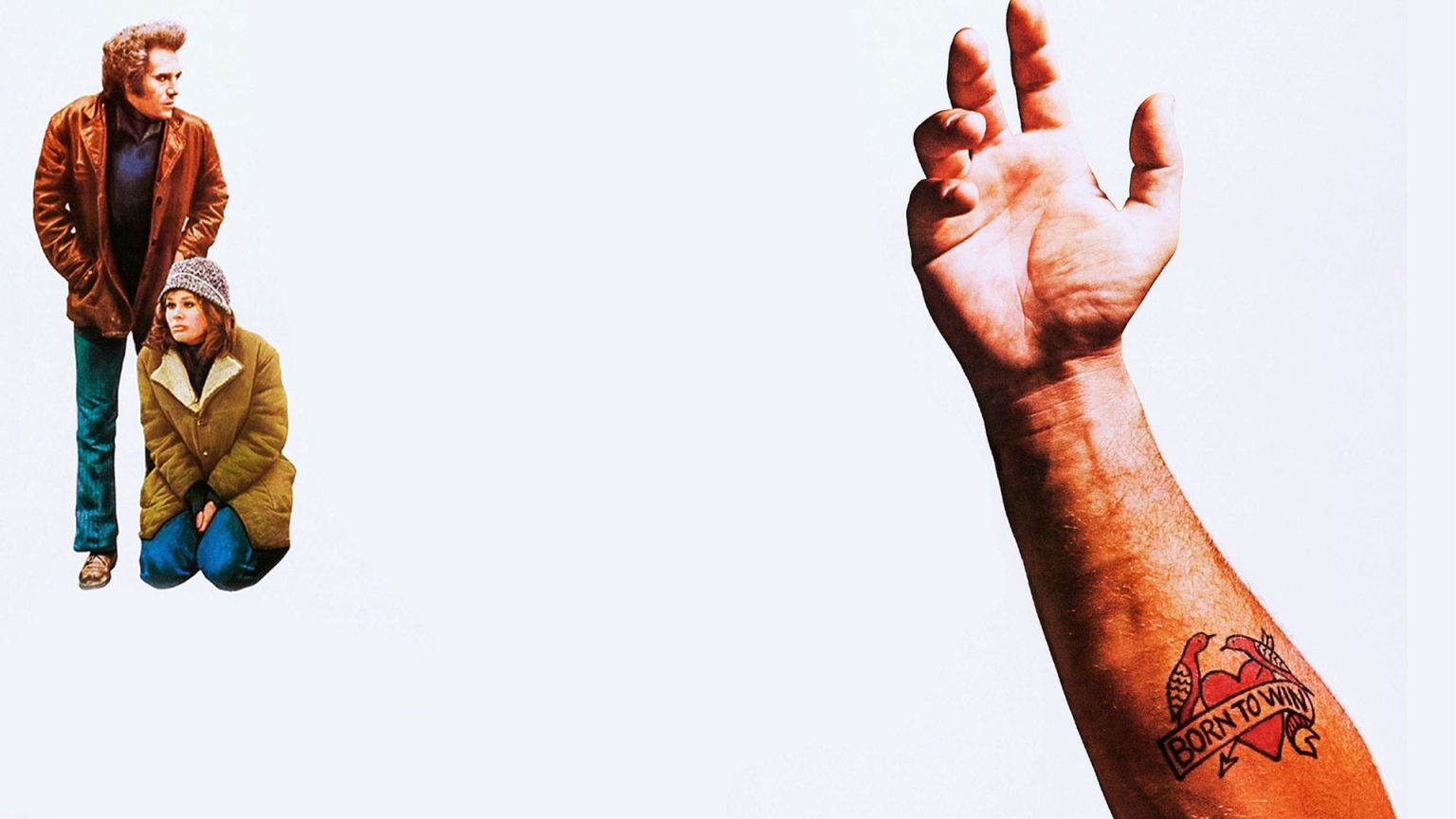 Kicking off a brand-new segment on behalf of Fandor, we’ll be showcasing three separate works of cinema that have best served as a favorite film discovery for each month. With the opportunity to highlight independent feature films that are generally overlooked or underseen, we are more than excited to take a deeper dive into these films’ significance, thematic elements, cast, and background within the context of cinema. Jumping into this first segment for Favorite Film Discoveries, here are our three picks for April 2022:

Born to Win (1971). Directed by Ivan Passer and starring George Segal, Paula Prentiss, Karen Black, Jay Fletcher, Hector Elizondo, and Robert De Niro, Born to Win is an utter tour de force of 1970s New York filmmaking. With a narrative that follows a smart-mouthed junkie and loser known as J (George Segal) who’s looking for just “one more fix,” the film is representative of the degradation of the city during the era that Mayor John Lindsay was holding office in New York, while also setting the foundation for generations of loser movies to come.

George Segal’s leading performance as J absolutely drives the work, tapping into the genuine vices of a down-on-his-luck junkie, but yet as a viewer, you truly feel for him and the struggles he endures. In the case of his character, there are some real layers to the depth of his despair that fall outside of the realm of addiction. This thematic undertone is directly addressed in the work, in what is easily one of the most compelling moments of the entire picture: when Parm (Karen Black) poses a simple question regarding J’s unhappiness and discontent that he simply cannot answer. Aside from Segal’s compelling performance, Karen Black is also a complete showstopper in this film in her role as Parm. Her performance is filled with absolute charisma, carefully impacting a character that could’ve easily been played in a more harrowing light, but what really has me won over on her performance is the genuine love and care that she has for J, when he falls short of reciprocating that same love and care for her character.

Moving on through the cast, Paula Prentiss totally has one hell of an agent, as she is topped billed over the opening credits, and yet is in the movie for all but 5-minutes in her role as J’s ex-lover turned junkie. De Niro is also fascinating to watch in this movie although seldom featured. I wouldn’t say the role comes anywhere close to the memorable performances that people would go on to know and love him for, yet it’s always endearing to see an accomplished actor at their humble beginnings, as they try to adjust their presence in front of the camera. Jay Fletcher also must be recognized in his compelling performance as Billy Dynamite, J’s companion and fellow junkie. The dynamics between the two characters really help drive the work, while ultimately leading to the film’s deeply tragic climax. Between the fantastic ensemble of actors, a unique retrospective into 1970s New York, and the tribulations of the loser archetype, Born to Win is essential viewing for all who appreciate cinema. Recently discovered thanks to last month’s beautifully restored release from the original interpositive by Fun City Editions, now’s a better time than ever to head over to Fandor to check out this overlooked piece of New York filmmaking.

Death Game (1977). Following suit on this month’s favorite discoveries is 1977’s grindhouse classic, Death Game. Starring Sondra Locke, Colleen Camp, and Seymour Cassel, the film follows two close women named Jackson and Donna (Sondra Locke and Colleen Camp) that seduce and torment a businessman named George (Seymour Cassel) in his plush San Francisco home. Serving as direct inspiration for Eli Roth’s Knock Knock (2015), the film is an absolutely twisted forbode into the home invasion subgenre, with a unique 70s exploitation flair. First starting off with what could be a male’s sexual fantasy when the two women show up to George’s house in search of shelter during a thunderstorm (or so he thinks), the work then takes a demented turn into a dire game of survival.

Though both women seem endearing and are welcomed at first, even partaking in an orgy with their gracious host, the mood rapidly turns as they begin to overstay their welcome. Once George begins to realize that both Jackson and Donna have more heinous intentions in mind, he demands that they leave his home, setting in motion a dangerous game of cat-and-mouse between the two girls and George. At this point, the women begin to show their true intentions as they torment and hold George hostage in his own home. With the film’s exploitative elements dialed up to eleven, both women do everything they can to ensure that George’s life is in complete turmoil, even going as far as to bludgeon and kill a grocery delivery man responding to George’s cries for help. The chaotic atmosphere then continues to gradually heighten as stakes become more dire, ultimately leading to an abrupt conclusion, that could best be compared to Mario Bava’s Bay of Blood (1971) shocking finale.

Both Colleen Camp and Sondra Locke brilliantly tap into the minds of unhinged (yet empowering) psychos that best represent figurative ideology of women revolting from societal patriarchy, with true intention as Colleen Camp had written the film’s original screenplay. While Seymour Cassel’s performance as (although his voice is dubbed over for some peculiar reason) George best identifies with society’s idealistic family man, as well as a great counterpoint to Jackson and Donna’s anarchistic archetype. Ultimately, the film intrinsically builds a uniquely empowering, yet bizarrely sadistic atmosphere that best exemplifies forward thinking ideology of the 1970s through the lens of a truly unnerving home invasion thriller. With all the fascinating dynamics that are explored throughout this psychedelic nightmare twist of a grindhouse picture, this film is easily a favorite discovery for this month, with special thanks to Grindhouse Releasing’s wonderfully restored (and now out-of-print) release.

Burglar from Hell (1993). Wrapping up this month’s list of favorite discoveries comes Phil Herman’s Burglar from Hell. Starring Bryant Sohl as the beloved Frank the Tank, the Burglar from Hell, this film is an absolute trip for anyone that has an affinity toward low budget shot-on-video filmmaking. Shot in Rockaway Beach (which any fellow New Yorker should be able to recognize almost immediately), the film follows a burglar risen from the grave after some teenagers decide to hold a séance, on the very same property where he was previously killed (and buried in the backyard) for trying to rob an old lady’s house. A trash masterpiece, the film combines such an odd split of thematic elements, with Frank the Tank embodying the presence of a classic slasher, yet with a comedic twist that could be best compared to some of the goofier Nightmare on Elm Street films. Frank’s dialogue is truly one-liners galore, filled with moments of him excessively laughing to his own jokes. On the other hand, the film is also a total teenage hangout dramedy embodied into the narrative of a 90s shot-on-video supernatural slasher.

For me, the work has grown to be an immediate favorite amongst regional low budget filmmaking, as the film incorporates some personal favorite elements from subgenres that I’ve naturally grown a real affinity towards. The kills are also surprisingly gruesome and jam packed with gore, in a picture that would otherwise be relatively lighthearted and playful in intention. As a countersuit to Frank the Tank and his malevolent intent, the relationship dynamics between the teenage cast are also truly hilarious and add to the overall entertainment value in this Queens based shot-on-video curiosity. Highly underseen, underrated, and overlooked amongst the world of low budget filmmaking, Burglar from Hell easily falls into being a favorite discovery of the month, thanks to the glorious release and restoration from Saturn’s Core.

Looking to take a deeper dive into independent cinema from all walks of life? Fandor’s independent streaming service has you covered. Featuring over 1,500 titles from a wide variety of genres, subscribe today to help find your own favorite film discoveries!