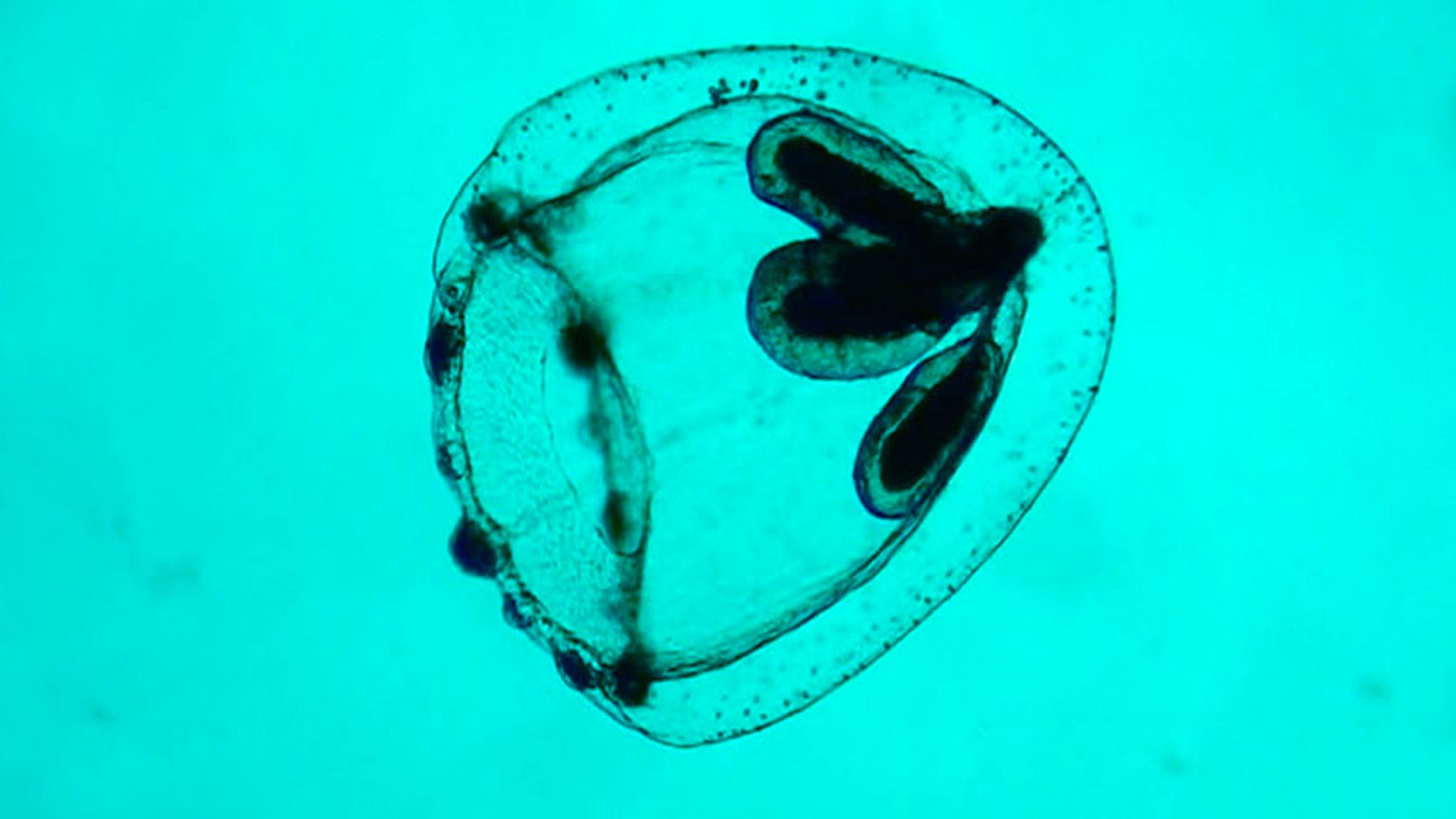 “Personally speaking,” writes Kent Jones for the Metrograph, “my own life would be different if the world contained such an object as a complete Magnificent Ambersons. When I saw this desecrated masterpiece for the first time at the age of 13, I could actually feel where Welles‘s footage stopped and RKO’s began: Ambersons is such a profoundly physical experience that the difference is plain…. When I was a kid, my hometown was slowly dying, just like the magnificence of the Ambersons. I used to sit on a street lined with willow trees and brood as only an adolescent can, often conjuring up the masterpiece that Welles’s Ambersons so obviously would have been, an impossible dream object.” Carrie Rickey for the Library of America on Barry Levinson’s adaptation of Bernard Malamud’s 1952 novel, The Natural: “Sometime between 1984, when the first reviews came out implying Levinson had desecrated the novel, and today, the critical consensus has made the 180-degree turn from revulsion to reverence…. The incremental upgrade of The Natural’s critical reputation mirrors the three stages of truth widely attributed to Arthur Schopenhauer. ‘First, it is ridiculed. Second, it is violently opposed. Third, it is accepted as being self-evident.'” Jeff Reichert writes the latest entry in Reverse Shot‘s ongoing symposium on Agnès Varda, whose “filmography offers another film that might aid somewhat in untangling Le bonheur [1965]: her Jane Birkin collaboration Kung-Fu Master! [1988] in which Birkin’s single mom enters into a public affair with a 14-year-old boy. Characters in Kung-Fu Master! judge Birkin and her young lover (played by Varda’s son Mathieu) harshly, but the film itself never does. Something of the same seems to be at work in Le bonheur.” With all eight episodes of Easy premiering on Netflix, the Chicago Tribune‘s Nina Metz talks with Joe Swanberg “about his hesitancy about TV, filming the show under the radar and why Easy is such a resolutely Chicago project that he hopes he gets to make it for the next 10 years.” Via Movie City News. Easy is “is eight essentially free-standing short films,” writes the New Yorker‘s Richard Brody. “Rather than serial television, it is more like latticework television, built not from a flowchart but from a round of narrative Twister in which the gameboard keeps adding panels…. These stories, spare and efficient structures, seemingly pour from him like melodies from a classic songwriter, and, as with the classic songwriters, for Swanberg and his characters the fundamental things apply—love, money, sex, and art; friends, family, children, and freedom.”


“Call me biased,” writes David Bordwell, who’s just completed a book on Hollywood storytelling from 1939 – 1952, “but now nearly every mainstream movie I see seems indebted to storytelling strategies consolidated in the 1940s. Take Sully. In less than ninety minutes, it runs through a wide range of narrative techniques. The fact that we take them so completely for granted, and understand them so swiftly, indicates the stability of what we call a Hollywood movie. It’s kind of miraculous that filmmakers continue to find ingenious ways to fulfill norms that were locked into place seventy years ago.” “When I started buying video art, I imagined—like many collectors I’ve spoken to—that I owned a ‘share’ of the work, when actually only the artist owns all the rights. All we as collectors own is a very expensive ‘home video’!” Writing for NYAQ, Alain Servais argues: “Video art is starving without proper funding and an audience outside the major biennials and museums. It needs a robust legal, financing, production, and technology infrastructure for it to assert the place in art history that it deserves.” “For VR Cinema, in which effects are precisely the point, the most important question becomes one of experience (‘Was it good for you?’) rather than one of aesthetics (‘Was it good?’),” writes Alex Weintraub for the Los Angeles Review of Books:

Even though the VR Cinema attempts to generate its uniqueness through its infidelity with the traditional movie theater, its actual cinematic offerings bear a much closer relationship to the experience of going to the movies in the era before the advent of the Cineplex. The individual viewing apparatuses recall Edison’s Kinetoscope, while the 30-minute showings of short videos are akin to the first screenings of the Lumière Brothers. Viewers choose one of three thematic offerings—horror, documentary, or fun—so even the content could be said to resemble the so-called cinema of attraction, a term developed by film historian Tom Gunning and originating in the writings of Sergei Eisenstein to describe a tradition of cinema that eschews narrative in favor of carnival exhibitionism (think Meliès’s spooks, factory worker exits, and polychrome Serpentine dances).

For Indiewire, Graham Winfrey talks with Laura Poitras about where she and co-founders AJ Schnack and Charlotte Cook are taking Field of Vision. James Hadfield talks with Hany Abu-Assad about his “breezy biopic,” The Idol, for the Japan Times. Matthew Wilder, who wrote Paul Schrader’s Dog Eat Dog, argues that the “Movies-Versus-TV Debate” is now over. Also at the Talkhouse Film, Bruce LaBruce suggests that Harvey Hart’s Fortune and Men’s Eyes (1971) “may well be considered Canada’s very own The Boys in the Band, which is no small claim to fame. While Mart Crowley’s devastating play about ‘pre-liberation gays in New York City, first produced off-Broadway in 1968, remains the Holy Bible of self-loathing, glamorous, and inestimably campy homosexuals, Frank Herbert’s Fortune and Men’s Eyes, first produced off-Broadway in 1967, about gay life in prison, holds its own with its acerbic dialogue, (homo)sexual frankness and melodramatic brio.”

“It’s no accident that the body part found by Jeffrey Beaumont (Kyle MacLachlan) at the start of David Lynch’s Blue Velvet is that of a severed ear,” writes Stephen Puddicombe for Little White Lies. “For as much as that classic, deeply troublesome film, which turns 30 this month, is remembered for its startling, disturbing images, what we hear is equally unsettling.”

The BBC reports that Monty Python’s Terry Jones, now 74, has been diagnosed with “a severe variant of dementia” and will no longer be making public appearances. Jones co-directed Monty Python and the Holy Grail (1975) and The Meaning of Life (1983) with Terry Gilliam and directed Life of Brian (1979). “The progress of his dementia has been painful to watch,” writes Michael Palin in a Facebook post, “and the news announced yesterday that he has a type of aphasia which is gradually depriving him of the ability to speak is about the cruelest thing that could befall someone to whom words, ideas, arguments, jokes, and stories were once the stuff of life.” Somewhat relatedly, in the Guardian, Toby Hadoke remembers Terence Bayler, “the versatile actor” who appeared in Life of Brian and Gilliam’s Time Bandits (1981) and Brazil (1985). “In his heftiest cinematic role, he was cast by Roman Polanski as Macduff in his film adaptation of Macbeth (1971).” Bayler was 86. Via Craig Keller comes word that media-shy Terrence Malick will present and discuss Roberto Rossellini‘s Journey to Italy at the Princeton Garden Theatre on October 21.

Seattle. For the Stranger, Charles Mudede talks with Beth Barrett, “SIFF’s director of programming, about what I rate as one of the city’s best festivals, French Cinema Now…. This year’s central film will certainly be [Nicolas Boukhrief’s] Made in France. Why? Because it is about something that is very much on the minds of many French speakers: acts of terrorism planned and committed by Islamic fundamentalists.” Thursday through October 6.

Jake Gyllenhaal and Carey Mulligan are “attached to star” in Paul Dano‘s directorial debut, Wildlife, reports Variety‘s Justin Kroll. “Based on the Richard Ford novel, the story tells the tale of a boy who witnesses his parent’s marriage falling apart after his mom finds another man.” Also, Julia Roberts is attached to play Kelli Peters in Framed, “based on Peters’ and Sam Rule’s book, “I’ll Get You!” Drugs, Lies, and the Terrorizing of a PTA Mom. Peters was the subject of a recent six-part series by L.A. Times writer Christopher Goffard. Her life was nearly destroyed after being framed for drug possession by the parents of another child at her daughter’s elementary school in Irvine, Calif.” Whoopi Goldberg is planning her narrative feature directorial debut, following her documentary Moms Mabley: I Got Somethin’ to Tell You (2013), reports Shadow and Act. She “has her eyes set” on Markees Christmas, star of Chad Hartigan‘s Morris From America, for a film based on Keith A. Beauchamp’s documentary, The Untold Story of Emmett Louis Till, and Simeon Wright’s book, Simeon’s Story: An Eyewitness Account of the Kidnapping of Emmett Till. Steven Schirripa, “who famously played Bobby ‘Bacala’ Baccalieri on The Sopranos,” joins Tony Sirico, “who played Paulie ‘Walnuts’ Gualtieri,” as well as Juno Temple, Kate Winslet, James Belushi, and Justin Timberlake in Woody Allen’s next film, reports Deadline‘s, Erik Pedersen. Gina Gershon is joining Nicolas Cage, Faye Dunaway, Nicky Whelan, and Natalie Eva Marie in the cast of Jonathan Baker’s Inconceivable reports the Tracking Board‘s Emily J. Whelan stars as Katie, “a woman who moves to town with her young daughter in order to start a new life after enduring abuse in her past and she quickly befriends another mother, Angela, and her husband Brian (Cage). Angela notices odd behavior from Katie, and begins to question whether Katie’s intentions are as innocent as she makes them out to be.” Also, Pierce Brosnan joins Kate Beckinsale, Kiersey Clemons, Callum Turner, and Jeff Bridges in Marc Webb’s The Only Living Boy in New York, which ” follows a recent college graduate who begins a relationship with his father’s mistress.”


David Cronenberg: The New Flesh, on at the Belcourt in Nashville through November 2


“TNT’s upcoming straight-to-series drama The Alienist has tapped Jakob Verbruggen (London Spy, Black Mirror) as director,” reports Deadline‘s Nellie Andreeva. “He replaces Emmy winner Cary Fukunaga (True Detective), who had been the driving creative force behind the project. Fukunaga, who wrote all episodes of the series based on the best-selling novel by Caleb Carr, will remain as executive producer.”

“Bill Nunn, the actor known for portraying Radio Raheem in Spike Lee’s 1989 film Do the Right Thing has died,” reports Liz Calvario for Indiewire. “Nunn made his feature film debut in Lee’s School Daze. He then went on to work with the director on Mo’ Better Blues and He Got Game. The actor was also known for portraying Joseph ‘Robbie’ Robertson in the Spider-Man trilogy starring Tobey Maguire.”

Another very fine round of links from John Wyver. 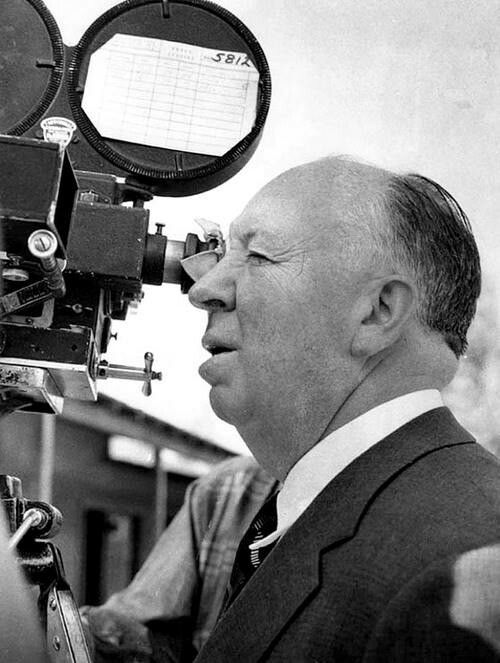 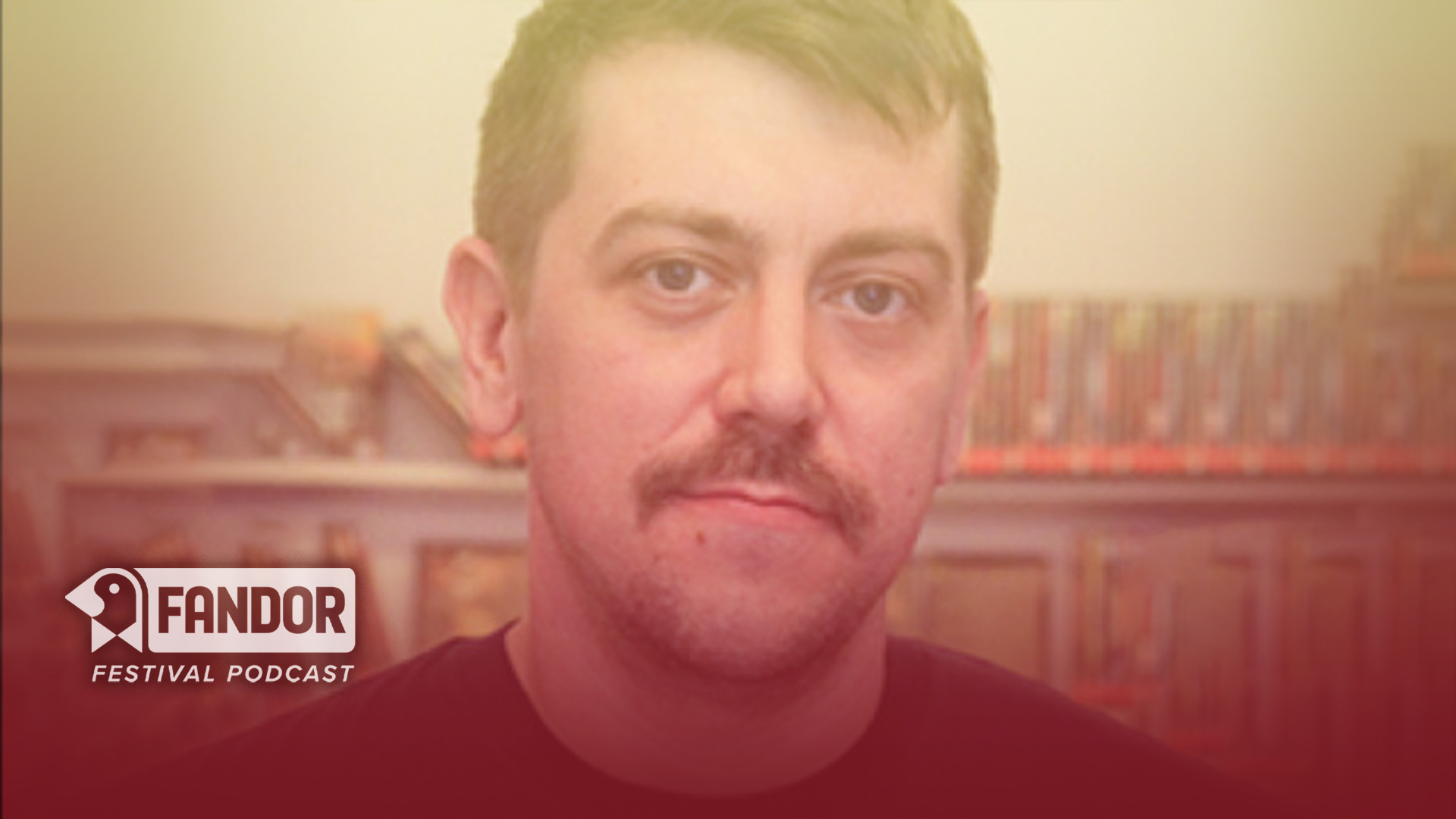 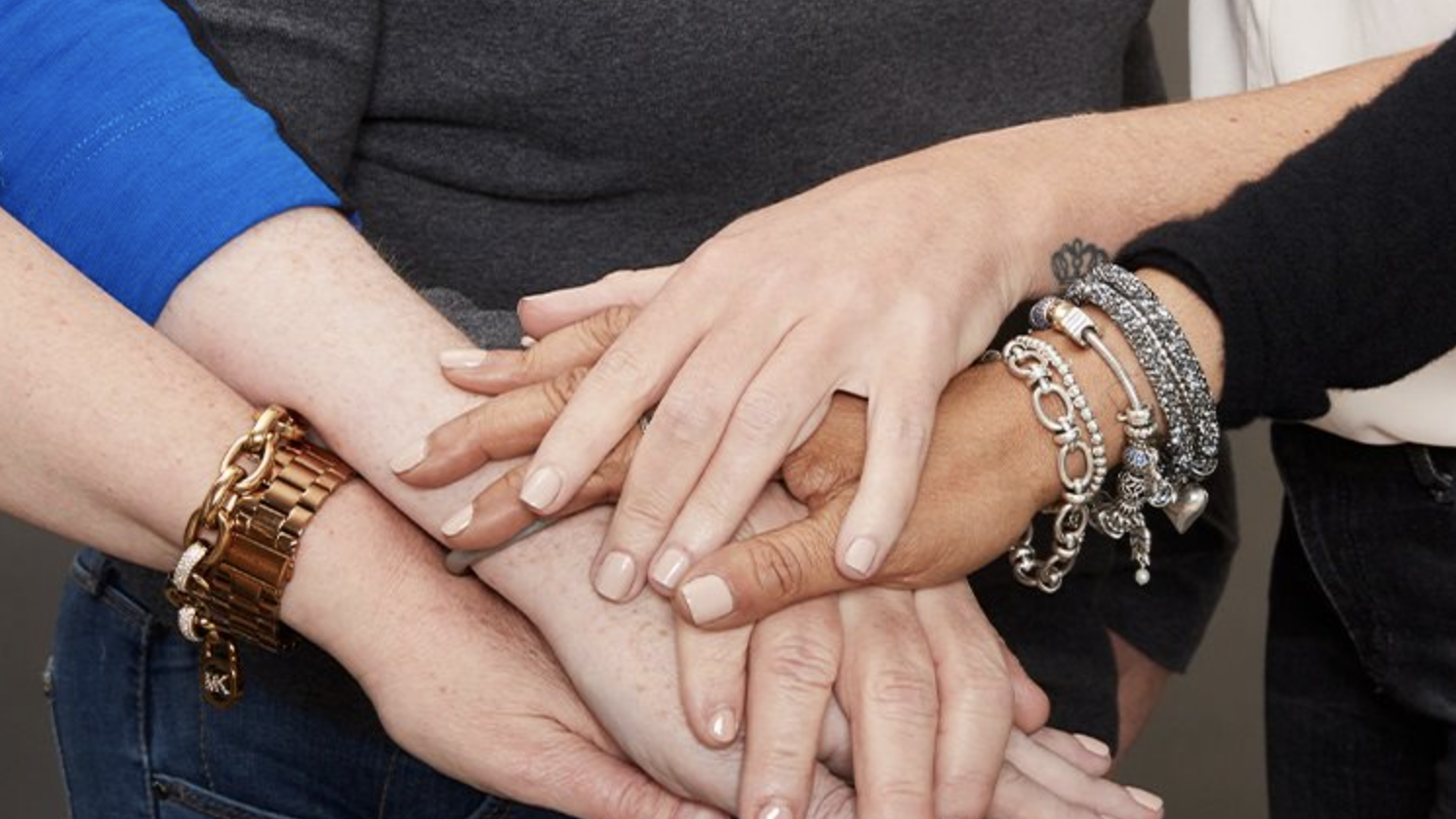 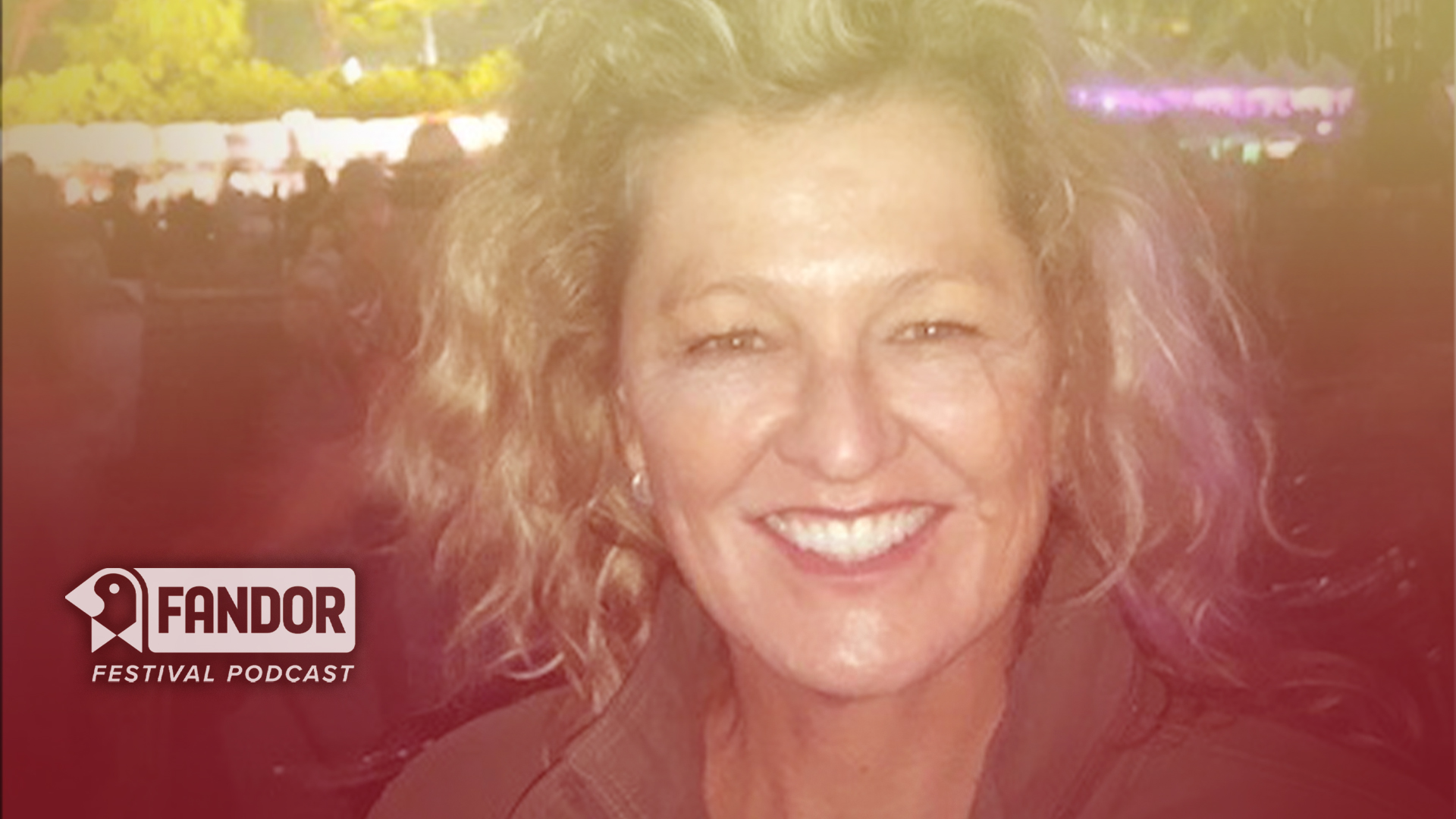 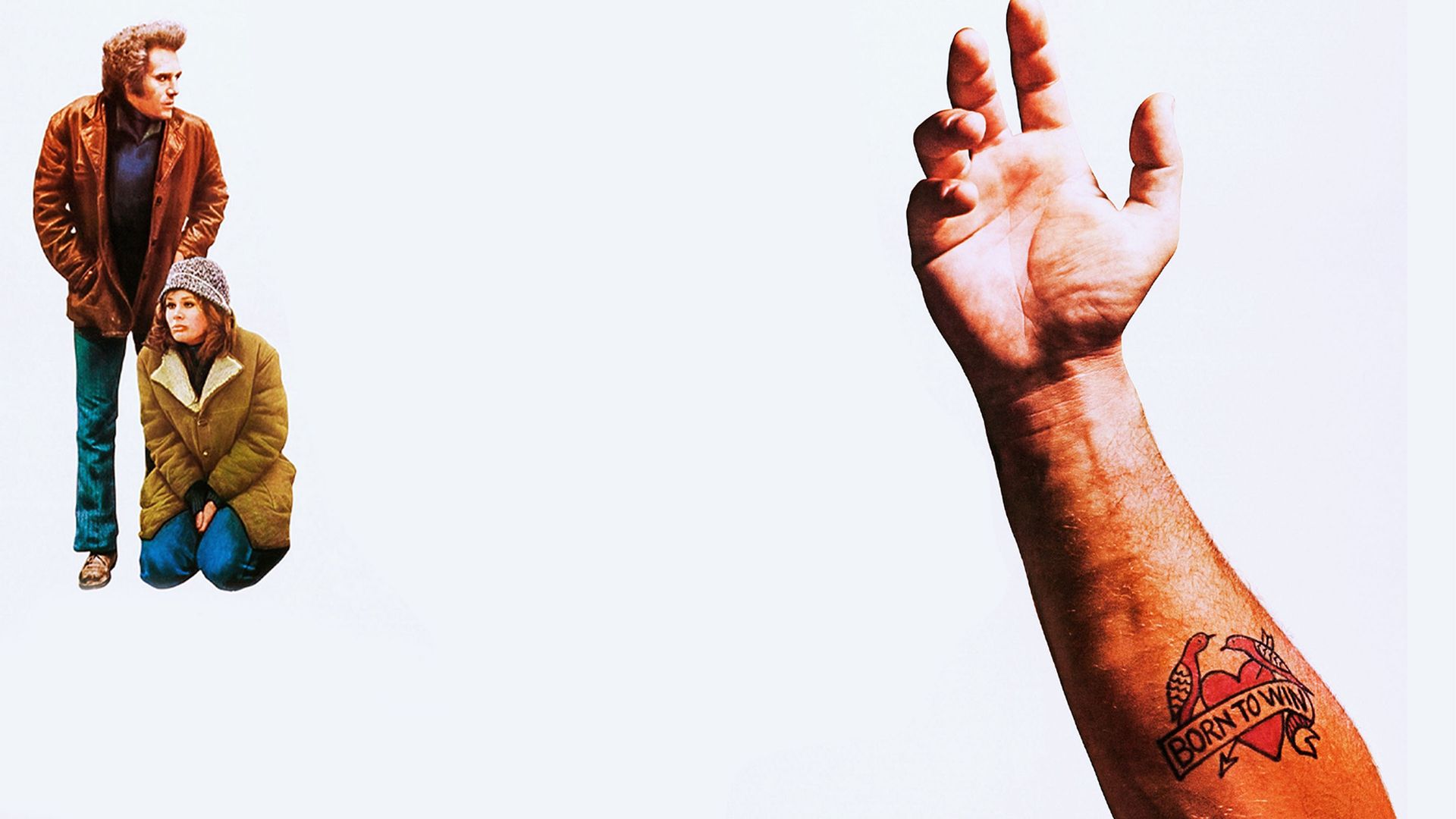 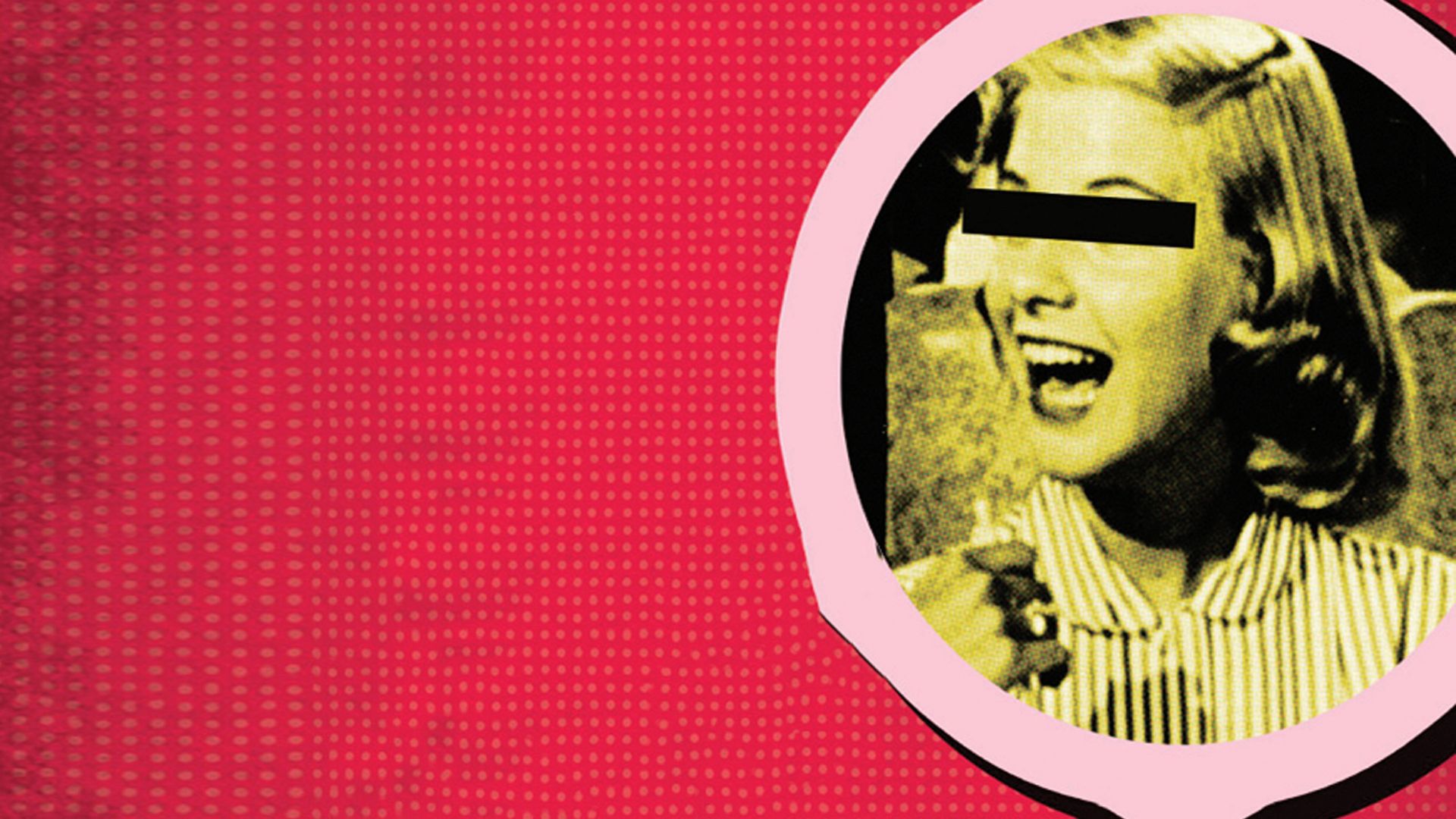 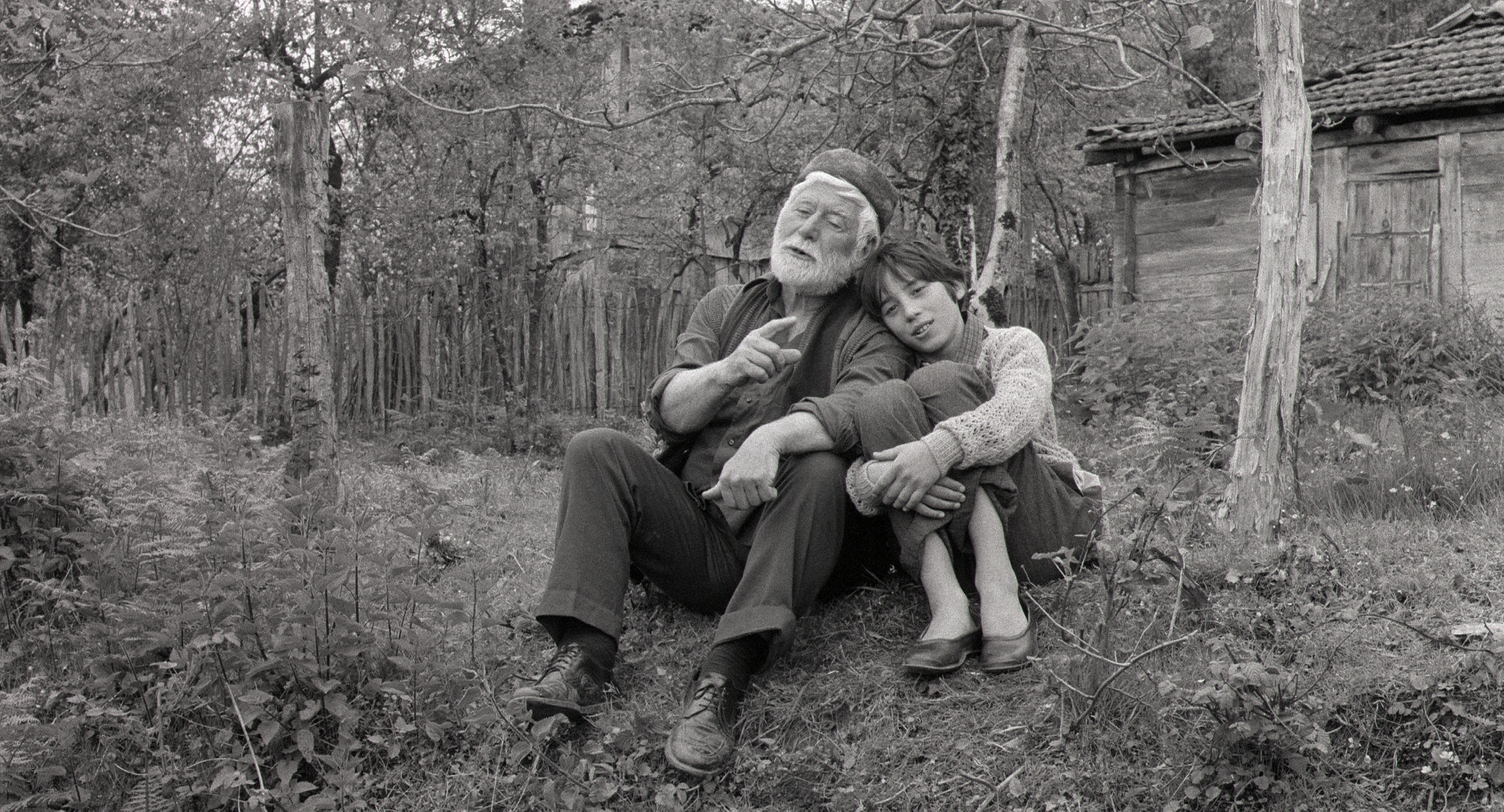 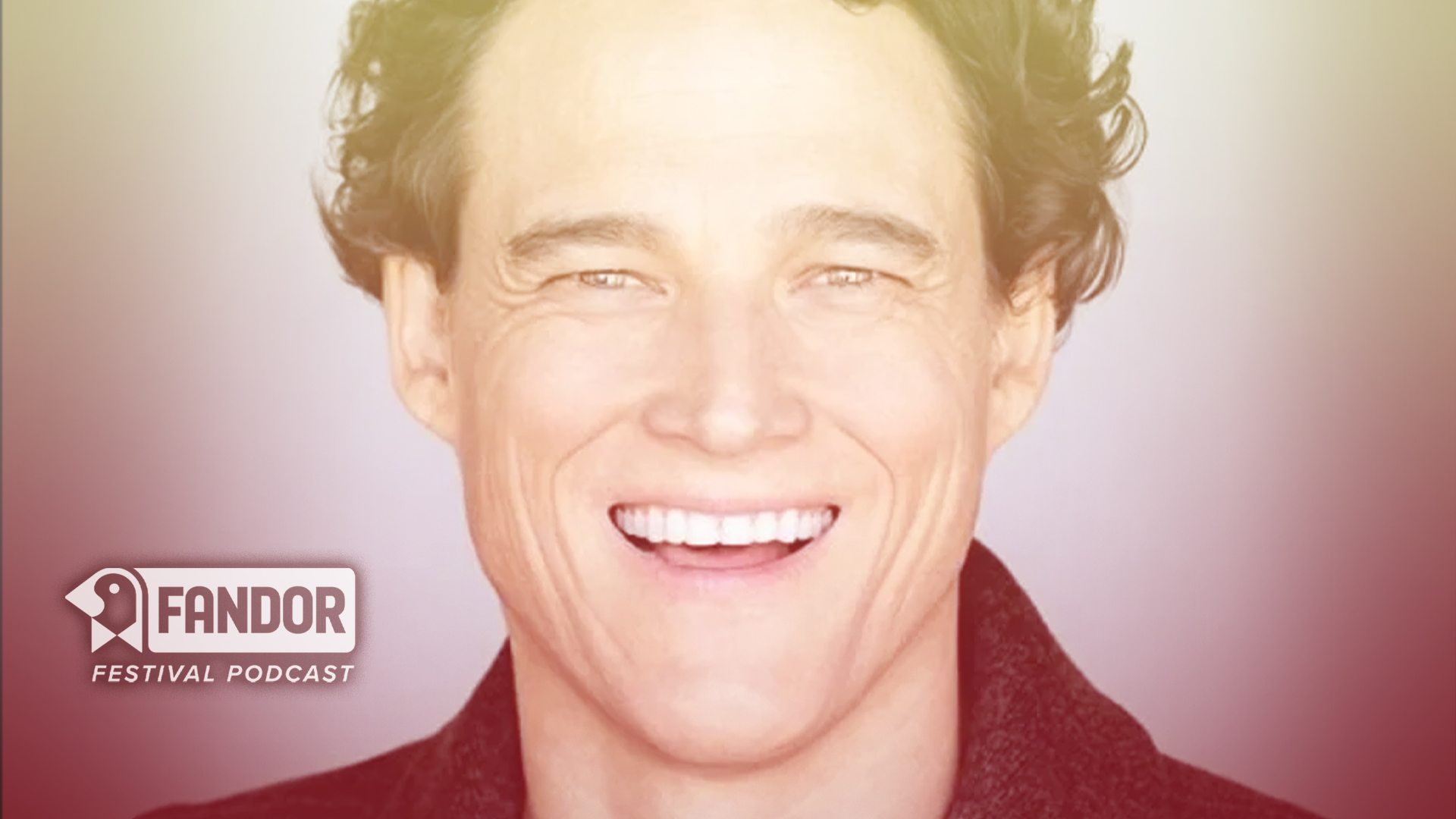 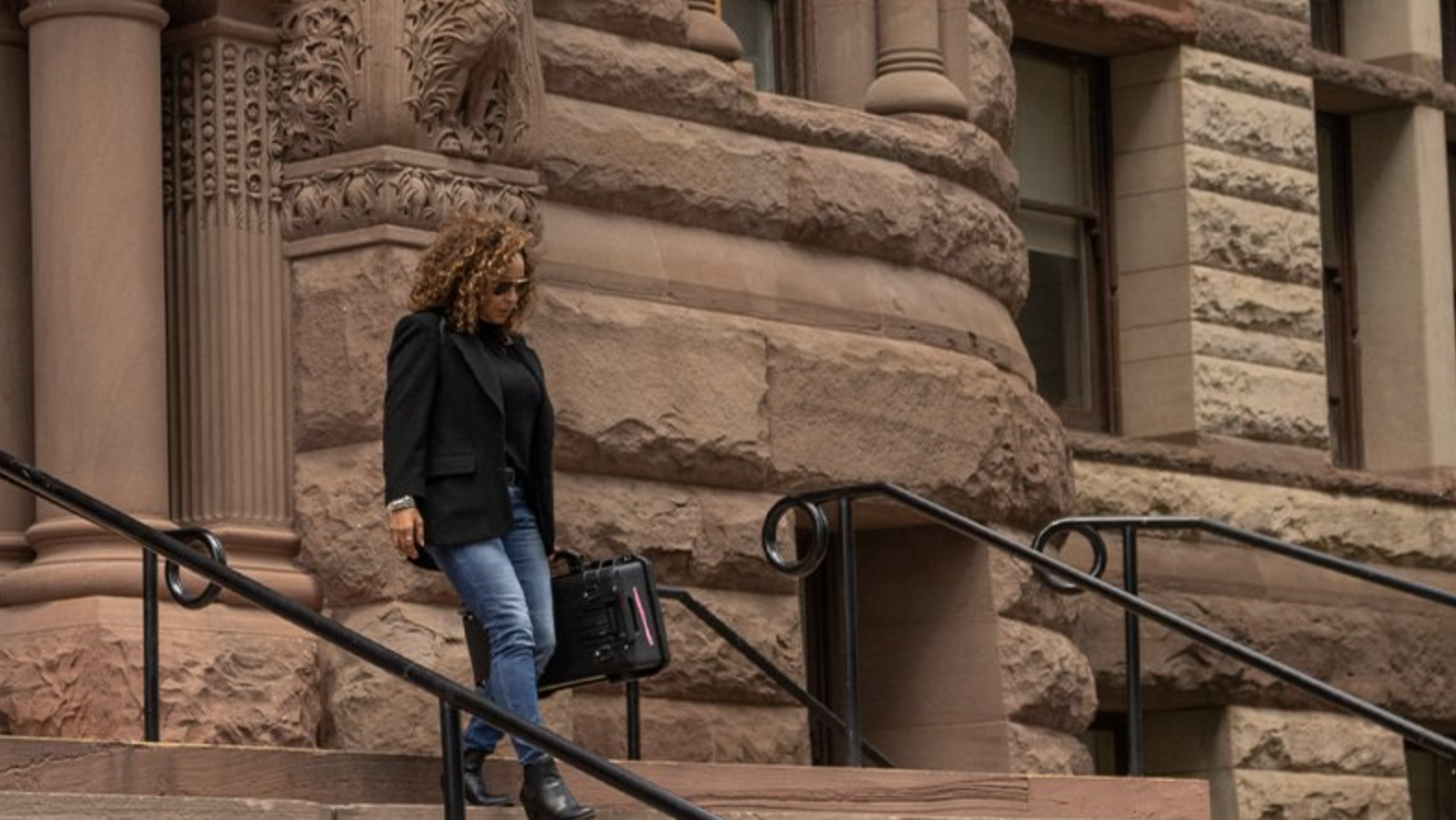 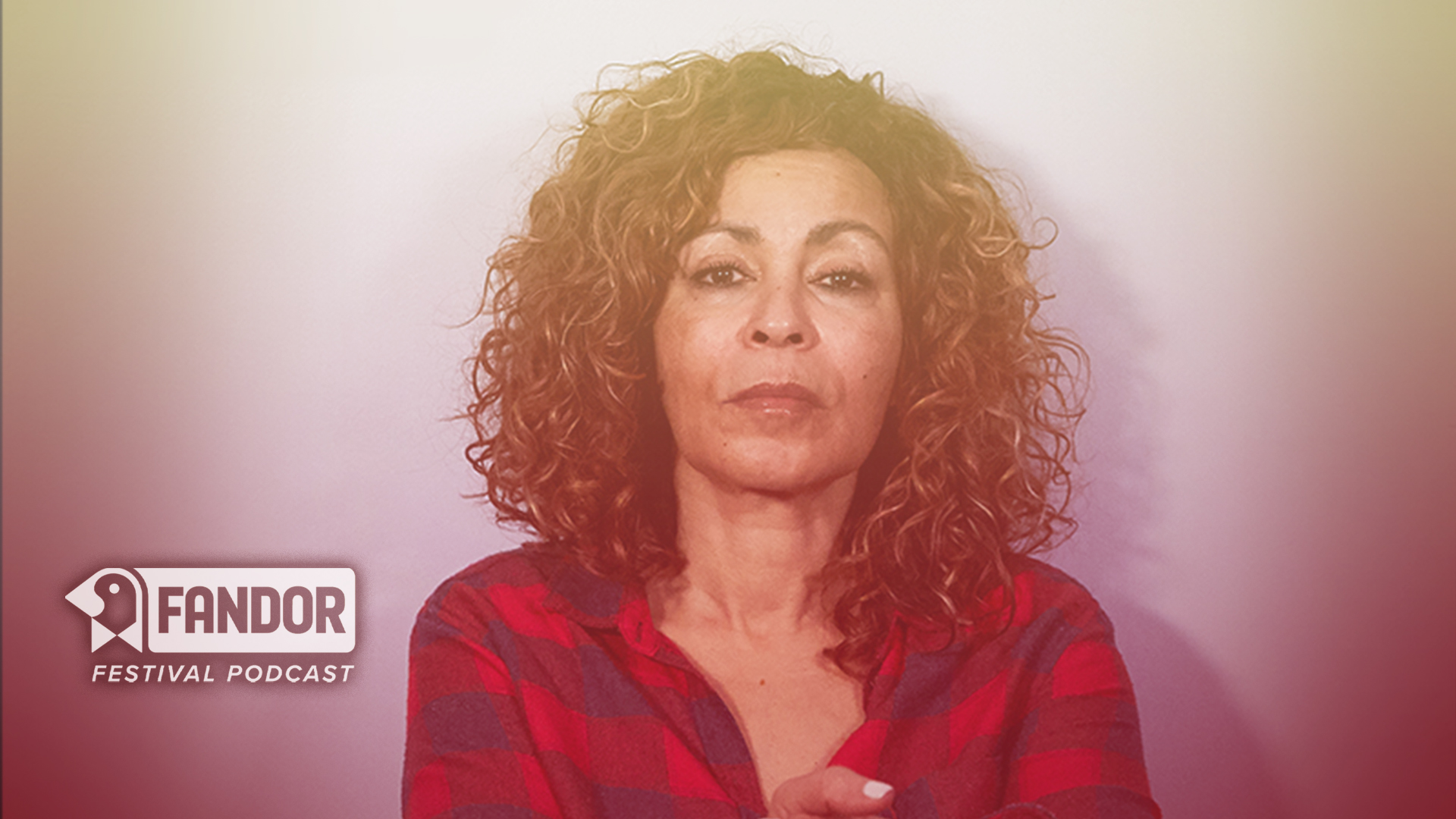 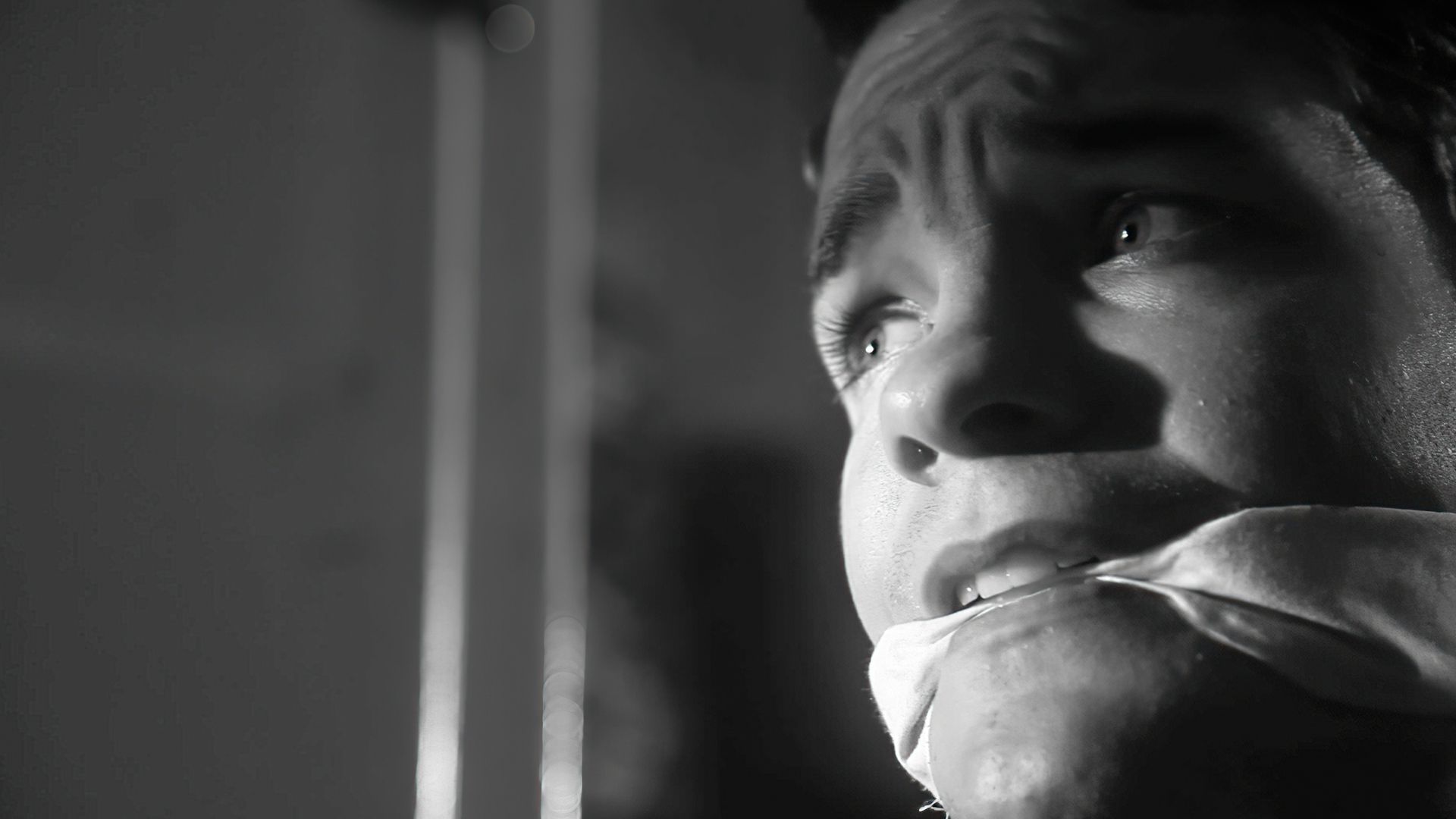 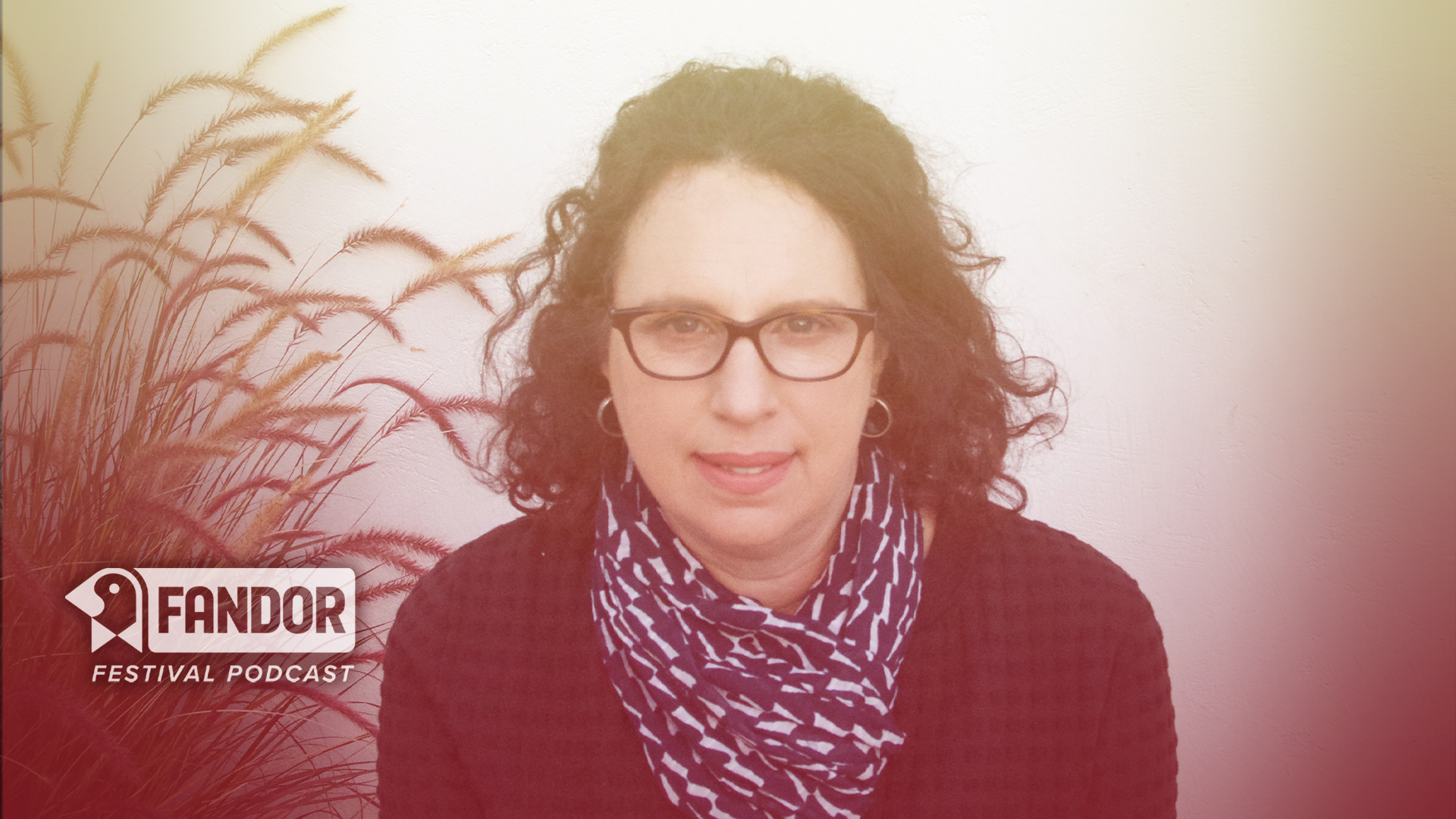