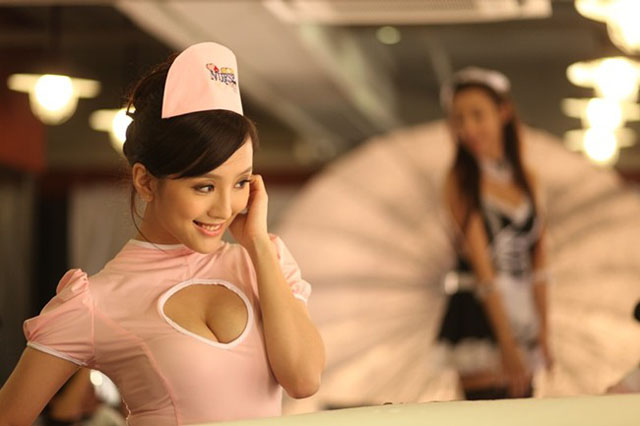 “The New York Asian Film Festival, now in its 11th giddy edition, provides a yearly education in the varieties of bodily fluid expulsion,” begins R. Emmet Sweeney. “With a gleeful disregard for good taste, the NYAFF presents a wide-angle view of genre films throughout Asia, from bile-drenched gross-out comedies to the arterial geysers of martial-arts films. It has something for every deviant taste, even sumptuous art-house fare, for those more into tears than blood and sweat. Having previously tipped statesiders to the work of Johnnie To (Exiled), Park Chan-wook (Oldboy), and Bong Joon-ho (The Host), the NYAFF has become an essential place to spot the next great genre stylists. Once again disgracing the honor of the Film Society of Lincoln Center, this year’s edition booked over 50 features from ten countries, including a retrospective sidebar of beloved Korean actor Choi Min-Sik (who will appear at the fest), as well as mini-surveys of recent Taiwanese and Hong Kong cinema. (Eleven of the entries are co-presented with Japan Cuts: The New York Festival of Contemporary Japanese Cinema, which runs July 12-28 at Japan Society.)”

NYAFF 2012 opens tonight with Pan Ho-cheung’s Vulgaria, which Simon Abrams briefly previews for the L: “This is what you get when you ask Pan to riff on State and Main: a show business satire that’s not especially biting because it’s too obtuse to be truly scathing, but so charmingly crass that it’s consistently funny anyway.” Also, the Shaw Brothers’ The Boxer’s Omen (1983) “is grade-A freakout material, one of the weirdest and most viscerally bizarre examples of the supernatural Hong Kong-exported grindhouse fare that John Carpenter and W.D. Richter riffed on in Big Trouble in Little China.” 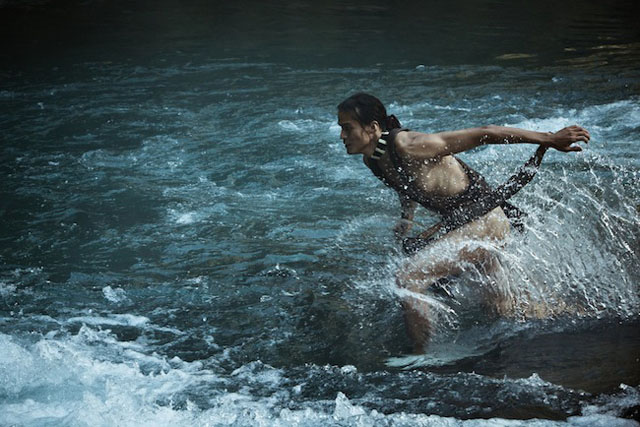 In his overview for the Voice, Michael Atkinson notes that the “Japanese sprouts on view are odd but modest” and the “Hong Kong entries cover the waterfront, from DIY silliness to literate epic, but without a humdinger…. Surprisingly, the stars of the show this year are from Taiwan, though we’re not talking about Giddens Ko’s You Are the Apple of My Eye (2011), a teen comedy that begins with an impromptu jerk-off tournament during class. Demanding more serious attention, Wei Te-sheng’s two-part Seediq Bale (2011) clocks in at more than 4.5 hours, but it moves like a runaway herd through the story of ‘the Wushe Incident,’ the bloody 1930 uprising of Taiwanese tribes against the occupying Japanese forces. It’s a fresh slice of crazy history to us (I didn’t know that Taiwan had so many loincloth-wearing headhunter clans deep into the 20th century), and Wei moves methodically, from the 1895 invasion and subsequent years of uneasy coexistence, to the eventual explosion of jungle combat (axes hack, heads roll, blood rivers flow) and the subsequent retaliation by Japan…. But Chen Hung-i’s Honey Pupu (2011) might be this year’s favorite, a teen-generational elegy that’s rueful, lyrical, and filthy with resonant metaphors.” 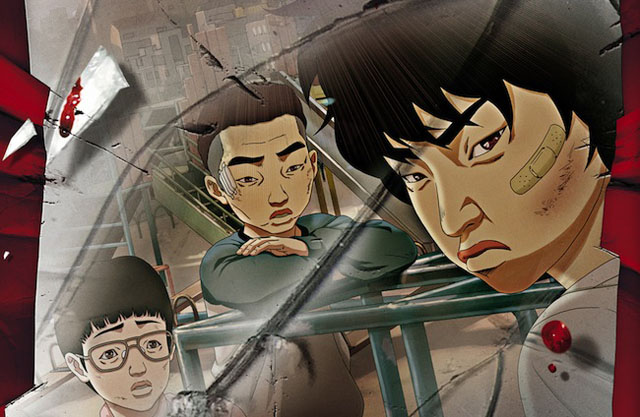 Yeun Sang-ho’s ‘The King of Pigs’

In the New York Times, Mike Hale focuses on Yeun Sang-ho’s animated feature, The King of Pigs, which “paints a picture of South Korean school life that is exceptional in its brutality. Mr. Yeun’s schoolboys face a totalitarian system in miniature, where beatings and intimidation are decreed by upper-grade bosses and carried out by their younger cadres. Released in South Korea in October, the film has been likened routinely to Lord of the Flies.” 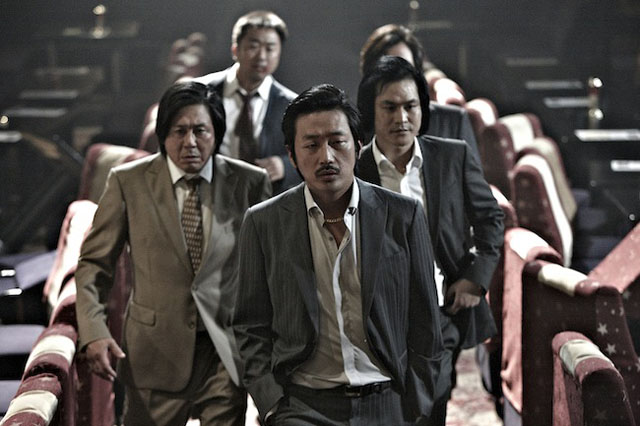 At the L, Joseph Jon Lanthier also finds You Are the Apple of My Eye to be only so-so.

Updates, 7/5: For Joseph Jon Lanthier, writing at the L, Chen Hung-i’s “lyrically elliptical” Honey Pupu “mimics the digital clusters of identity to be weeded through on the Web 2.0.”

An overview from Simon Abrams at Press Play: “With raffle drawings before each film, surprise screenings, and a plethora of special guests, the festival has become a staple of adventurous New York cinephiles’ annual calendars. So while this year’s program may seem like it’s filled with familiar titles and faces, that’s only because the New York Asian Film Festival (NYAFF) helped those titles and faces to become familiar.”

Updates, 7/6: At the Playlist, Gabe Toro gives a C- to Vulgaria, a B to The King of Pigs, and a D+ to Joey Boy’s Dead Bite, “an attempt to meld the world of Thai pop music and Caribbean zombie madness.”

Updates, 7/8: From Richard Corliss‘s overview in Time: “With encyclopedic scholarship and fanboy enthusiasm, Grady Hendrix and his Subway coconspirators have by now unearthed a few hundred movies for its attendees’ admiration and outrage. That the Hendrix gang has found a home in the cathedral center of New York high art is one of the great acts of summer subversion.”

At Twitch, Christopher Bourne reviews the anthology 10+10, “a collection of short films from some of the top talent in Taiwan, ten established directors and ten newbies. It’s a film festival in less than two hours, 20 short films with an average running time of 5 minutes each. Commissioned by the Taipei Golden Horse Film Festival (and the opening film of the 2011 festival), 10+10 is incredibly eclectic, a cinematic Whitman’s sampler, a one-stop shop of insights and evocations of Taiwanese society, culture and history. And it all concludes on a gracefully beautiful end note courtesy of a moderately successful filmmaker, some guy you may have heard of named Hou Hsiao-hsien.”

Update, 7/9: Charles Stockdale talks with Donnie Yen about Dragon for the Film Society of Lincoln Center.

Update, 7/11: “With Chips, Japanese filmmaker and festival regular Yoshihiro Nakamura proves yet again why he’s one of NYAFF’s more noteworthy finds,” writes Simon Abrams at the L. “Nakamura (Fish Story, A Boy and His Samurai) makes loose, goofy comedies about world-uniting conspiracies. With co-writer Kotaro Isaka, Nakamura has created a handful of elaborate and hilariously convoluted plots that only serve to remind us that we’re never alone, not even in our darkest hours.”

For news and tips throughout the day every day, follow @KeyframeDaily on Twitter and/or the RSS feed. Get Keyframe Daily in your inbox by signing in at fandor.com/daily.