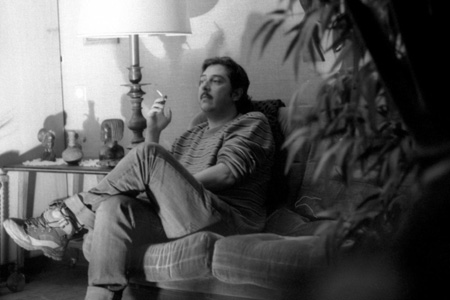 Let’s begin outside the United States this time around, shall we. Specifically with La Internacional Cinéfila, a mightily impressive collection of top fives submitted to Roger Koza from filmmakers, programmers, and critics—including Miguel Gomes, whose Tabu, once all the votes are counted, comes out on top. Many thanks to Adrian Martin for the tip.

Cargo, the excellent German magazine of film, media, and culture, has asked friends and contributors to look back on “Was vom Jahr bleibt” (what remains of the year, what’ll last). Similarly, new filmkritik. And you won’t need German to read the lists by Lukas Foerster and Thomas Groh, nor the critics’ favorites at Berlin’s two weekly city magazines, tip and zitty.

From France, a fine list by Thomas Clolus, whose #1 is Abel Ferrara’s 4:44 Last Day on Earth.

Writing in English, Oggs Cruz looks back on the year in Philippine cinema.

Back to the States, but first, a quick break from 2012: “As the end of the year approaches and critics are posting their ten-best lists for the year, David and I once again fail to follow that tradition,” writes Kristin Thompson. “Instead, we follow our own custom, now six years old, and turn our historians’ eyes back ninety years to offer ten great films from 1922.”

And a quick break from reality: A.J. Daulerio writes up “Deadspin’s Top 10 Movies of 2012,” including such unforgettables as Zang-Zu’s Choices by the River One Year after His Father Was Killed by Bald Pirates and I’m Just Perky Like This Thing That God Gave Me.

But seriously, Reverse Shot. “The film culture at large seemed to want to talk about torture on film, the ethics of a slavery popcorn movie, a Hushpuppy who lived in a bathtub, and a nearly thirty-year-old musical about post-Napoleonic France, but apparently our contributors were too busy enjoying the following movies to care much about such matters.” Their #1: Terence Davies‘s The Deep Blue Sea.

Just Another Film Buff on his #1, Cosmopolis: “Surely, it takes a bona fide auteur like David Cronenberg to locate his signature concerns in a text—such as Don Delillo’s—that deals with ideas hitherto unexplored by him and spin out the most exciting piece of cinema this year.” 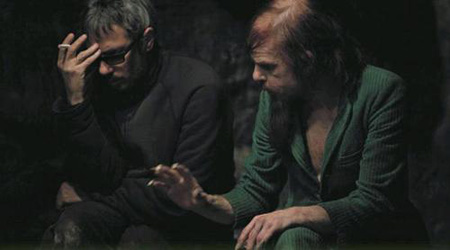 Topping Michael J. Anderson‘s list is Leos Carax’s Holy Motors, and In Review Online has voted it their #1, too. That’s a nicely annotated list, by the way. Bilge Ebiri‘s #1: Nuri Bilge Ceylan‘s Once Upon a Time in Anatolia. Josef Braun‘s look back on 2012 isn’t exactly ranked, but it does kick off with Paul Thomas Anderson’s The Master.

The Film Society of Lincoln Center gathers lists from the staff, including those from its new programming directors, Kent Jones and Robert Koehler.

“Nearly 400 critics listed in Indiewire‘s Criticwire network graded theatrical and VOD releases over the course of 2012. Among those, 22 films graded by 10 or more critics currently maintain an aggregate grade of A- or higher.” Eric Kohn‘s got the list.

Topping Guy Lodge‘s list at In Contention: Tabu. Filmwell‘s M. Leary tops his list with Tsai Ming-liang’s Walker. It’s Holy Motors for Constant Shallowness Leads to Evil—and for Blake Williams, who’s given a score to every film he saw in 2012. I wonder if David McDougall‘s 2012 film log is ranked.

Ignatiy Vishnevetsky presents a “selection of capsule reviews written for Cine-File.info in 2012.” At Filmmaker, Brandon Harris presents “My Year in Film: A Memoir of Sorts.”

“Variety doesn’t do top 10 lists,” announces Peter Debruge at the top of his overview of 2012. That said: “The offering that has grown richest in my memory and imagination since seeing it earlier this year has been Michael Haneke‘s Amour.” Justin Chang agrees, adding to his survey of the films of the year that “none proved more unflinching and finally unshakable for this critic.” And the whole Variety staff gathers to collect “20 memorable moments.” 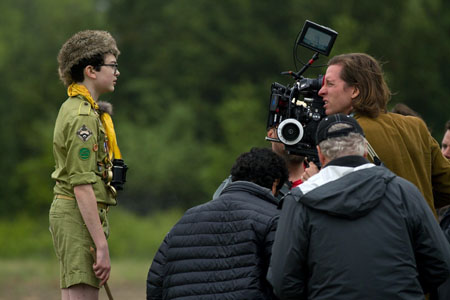 Steve Erickson‘s #1 at Gay City News is Drew Goddard’s The Cabin in the Woods: “It’s every bit as smart and clever as it thinks it is, and quite unpredictable to boot.” Chuck Tryon‘s #1: Wes Anderson’s Moonrise Kingdom. Jason Bellamy‘s list is broken down into a zillion categories.

The Parallax View lists are a varied bunch.

Twitch is rolling out its top tens: Hidden Gems, Biggest Surprises, Best Fests, and Most Memorable Scenes. Bob Turnbull posts his own “Movie Moments of the Year.”

“Members of the Alamo Drafthouse team—including every theater location, Badass Digest, Fantastic Fest, Mondo, Fons PR and Drafthouse Films—each submitted their Top 10 films of 2012, which were then aggregated into one master list of universally adored cinema.”

At eFilmCritic, you’ll find top tens from Peter Sobczynski and Daniel Kelly. And then, there’s the rage of Erik Childress: “Criticwatch 2012: The Whores of the Year”

Tim Moore, who publishes Letter to Jane, spotlights the “Top 5 Films I Saw in 2012.” 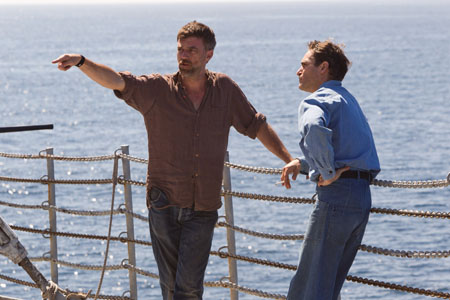 John Wyver highlights 12 entries from 12 blogs he follows for his terrific roundups at Illuminations. Also: “Michael Jackson—formerly Chief Executive of Channel 4 and now living in the United States—compiles a list of films he has discovered and appreciated in the previous twelve months.”

The results of the big annual DVD Beaver poll are in. Top DVD: Eclipse Series 34: Jean Gremillon During the Occupation. Top Blu-ray: Masters of Cinema’s release of Carl Theodor Dreyer’s The Passion of Joan of Arc (1928).

And then, there’s the year in HiLobrow; the 15 most-read Letters of Note. Open Culture collects its 17 most popular posts of 2012, Verso picks its books of the year, and Tyler Green looks back on his favorite exhibitions.

Okay, one more for kicks. Buzzfeed collects the “25 Best Jennifer Lawrence Quotes Of 2012.” Many thanks for that, Ed Gonzalez, and here’s to a great 2013 full of more fun “Links for the Day” at the House Next Door.

Lists and Awards 2012: Index. For news and tips throughout the day every day, follow @KeyframeDaily on Twitter and/or the RSS feed. Get Keyframe Daily in your inbox by signing in at fandor.com/daily.