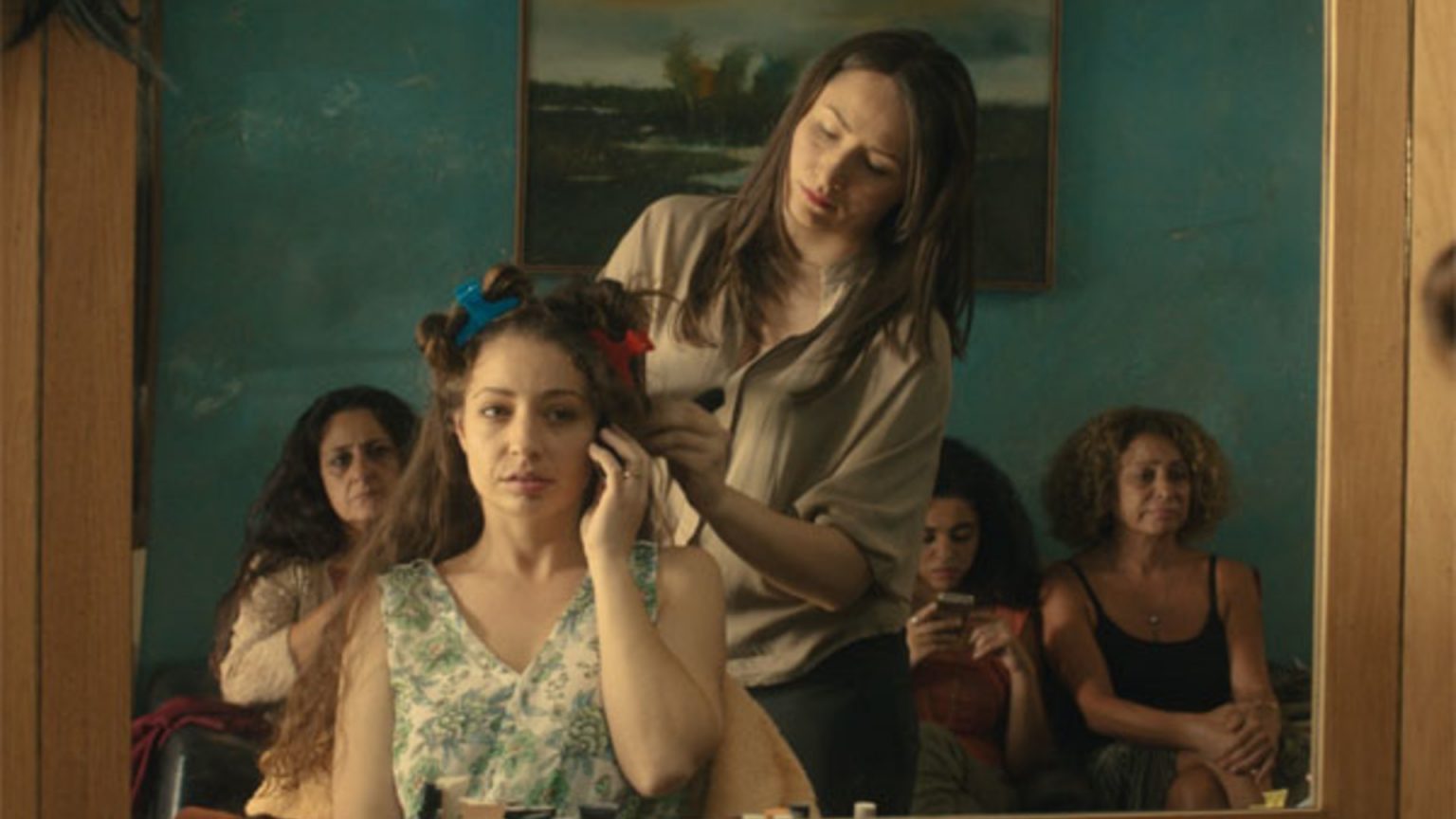 “[A]lthough it was shot in Jordan,” writes Ben Kenigsberg at RogerEbert.com, Tarzan 2015 and Arab Nasser’s Dégradé “is a rare film to depict life in the Gaza Strip. What’s more, the movie trains its lens on women’s lives, in a part of the world that is often represented in the news through masculinized images of violence…. Set almost entirely in a beauty salon, Dégradé de cannes begins as a familiar type of gabby comedy, as the women gossip and discuss relationships, before gradually shifting its focus toward politics, checkpoints, and the violence outside. The TV reception is disrupted by flyovers and day turns into night. It’s a conceit perhaps better suited to the stage, but it helps the movie to move between the specific and the universal. To cite the key word from Sunday’s panel, it’s a film about empathy.”

“The Nasser twins say they hesitated to go on with their ‘palestino-palestinian’ subject when another war fell upon Gaza in July 2014,” writes Marie-Pierre Duhamel in the Notebook. “Yet they persisted in their project: being Palestinian filmmakers should not mean, they say, making films only about the ‘conflict.’ … The mise en scène and the editing, though, appear contaminated by a deep sadness: the rhythm of the film never gives in to the speed of slapstick comedy (in spite of its biting humor) nor into accelerations through bursts of drama and violence. It remains strikingly restrained, in a slow burning way. As if the whole film was a kind of understatement—until its bitter conclusion. This discrete way of letting reality permeate fiction is one of the film’s finest qualities.”

“Dégradé is one of those movies that ends up being more important than good,” finds Jordan Hoffman, writing for the Guardian. “To the Nasser brothers’ great credit, one-to-one parallels between the women and various political factions are beside the point. This is a story about individuals.”

“What a fine actress like Hiam Abbass is doing here is a mystery, but not as great as how the film earned a slot in Cannes’ prestigious Critics Week,” writes Deborah Young in the Hollywood Reporter. “Comic relief is supposedly afforded by two ill-matched sisters-in-law, one a batty addict (Manal Awad) and the other a poker-faced religious type (Mirna Sakhla) in a veil and big glasses. Abbass’s character is an aging but vain, soon-to-be divorcee with a sharp tongue, who launches into an unprovoked cat-fight with Awad as the action peaks. Eric Devin’s lighting does no favors to any of the actresses, or to viewers forced to stare at the cramped, dark salon for over an hour.”

“It works best as straightforward drama rather than caustic, absurdist farce, which is surprising given the brothers’ reputation for irreverence,” finds Allan Hunter in Screen.

Alex Ritman talks with the Nasser brothers for the Hollywood Reporter.

Update, 5/23: “As a film which plays out in a single space,” writes Bénédicte Prot at Cineuropa, “with such a patchwork group of women of all ages and backgrounds, the film could do more to develop the dynamics which its ingenious premise enables, but it fails to understand the chamber piece genre in the strictest sense, as the permanent awareness of the outside world conditions everything that takes place in this modest beauty salon.”